National is going low on law and order issues 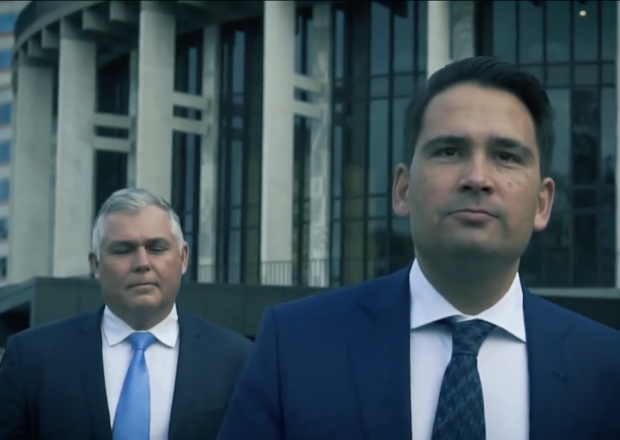 The thing that really annoys me about Simon Bridges is that he is meant to be a hot shot former crown lawyer but his response to law and order issues is so simplistic.  And it seems to be motivated by the Trump/Dutton model of how to dog whistle and enrage conservatives over law and order issues rather than an attempt to improve things.

A recent example is Bridges’ proud claim that to counter Australia’s totally inhumane treatment of kiwis who had in some cases lived in Australia for decades but never obtained Australian citizenship and then transgressed some petty arbitrary rules we should do the same.

The Australian Government is engaging in the weaponised brutality of Kiwis for political gain.  When Andrew Little accused them of showing a venal political strain they threw a massive tantrum.  Time will tell if they are upset with Simon’s brinkmanship.  Somehow I suspect they will not.

The particularly brutal aspect of the Australian policy is that people can be extradited if they failed the good character test.  It is one thing to extradite people who commit offences, but to extradite people because they belong to a group that the Minister does not approve of is to give that Minister huge amounts of power.

And this policy hurts kiwis.  People who have built a life in Australia and had a family suddenly find themselves imprisoned and transferred to a country they have no links to.

So what should a responsible leader do?  How about promise to do the same.

Opposition Leader Simon Bridges says a National Government will look at amending the law to allow Australians convicted of serious crimes in New Zealand to be deported.

If elected, National will explore a policy based on amendments to Australia’s Migration Act in 2014 which allows for people to have their visas cancelled on character grounds.

“It’s the legal right of the Australian Government to deport Kiwi criminals, however we have the same rights and it’s my view that New Zealand needs to explore how a reciprocal policy could work here.

“While Jacinda Ardern has labelled this issue as corrosive to our relationship with Australia, I don’t agree.

“In principle, if it’s right for Australia, it’s worth exploring whether it’s also the right position for New Zealand and our interests.

How can a lawyer, particularly a hot shot Crown prosecuting lawyer be so sloppy with their language or their analysis?

New Zealand already has the ability to expel holders of residence class visas if they commit offences.  But don’t just take it from me, take it from Graeme Edgeler.

So if Bridges wanted to be accurate he should have said that National would look at amending the law to allow for the deportation of Australians for breaching character requirements such as belonging to certain organisations, not for committing offences which is already covered.

His language is so sloppy.  It is almost as if he does not care and is only interested in creating an impression that he is a tough ex Crown prosecuting hombre, not that he is someone who actually understands what is happening. Or maybe he wants the controversy so that the dog whistling effect can be spread over days.

A second example is National’s response to the Government’s proposal to rescind a law that has been held by the High Court, the Court of Appeal and the Supreme Court to be a breach of fundamental human rights.  The statement was issued by Mark Mitchell but Bridges has endorsed the message.

Here is the press release:

Losing the right to vote is a consequence of serious offending and National will oppose any law that changes this, National’s Justice spokesperson Mark Mitchell says.

“Labour, the Greens and NZ First have just introduced a Bill that will allow prisoners to vote. It’s clear they want to ram this through before the election.

“National strongly opposes allowing prisoners to vote. It’s difficult to be sentenced to prison and you have to have committed serious crimes to get there.

“Prisoners who have received sentences of up to three years aren’t petty criminals. They are people who have committed serious assaults, robberies, family violence and sexual offences.

“Losing the right to vote is consistent with the loss of other freedoms when going to prison. Once offenders come out of prison and have re-joined society then they will have the right to vote returned to them.

“It is apparent this soft on crime Government is putting offenders’ rights ahead of victims. Just yesterday a man was released from prison on bail because he was on a hunger strike. In another absurd move, Corrections has also taken to renaming prisoners ‘men in our care’ or ‘clients’.

Here is what is proposed:

People sentenced to less than three years in prison will have their voting rights restored, Justice Minister Andrew Little has announced.

This will return the law to how it was pre-2010 when a National Party Bill removed voting rights from all sentenced prisoners.

“We plan to make this change in an Electoral Amendment Bill before the next election, so that people sentenced to less than three years imprisonment can participate in the 2020 election,” Andrew Little says.

The announcement follows a report from the Waitangi Tribunal that the 2010 law disproportionally impacts Māori prisoners and is inconsistent with the Treaty of Waitangi. It also follows the High Court’s declaration (upheld by the Court of Appeal and the Supreme Court) that the current law is inconsistent with the right to vote in the New Zealand Bill of Rights Act 1990.

“This threshold of a three-year jail sentence means those prisoners will be able to vote on the Government that will be in power when they are released.”

The 3700 prisoners in remand already have the right to vote. This law change will affect around 1900 people in prison.

“It is right that someone who is going to be released back into the community during a Parliamentary term should have the right to have a say on who leads them during their time of freedom,” says Andrew Little.

If you want to learn the background read my post here.  My anger levels in writing that post were really high.

The High Court, the Court of Appeal and the Supreme Court all said that the blanket ban was arbitrary and in breach of the New Zealand Bill of Rights Act. Before the bill was passed then Attorney General Chris Finlayson warned Parliament that it breached fundamental rights and could not be justified.

For Bridges to be willing to give the middle finger to New Zealand’s judicial system for political advantage shows how low he will stoop.

This is Trump and Dutton quality base politics for political advantage.

And, just like Trump and Dutton, it appears that Simon did not even understand what is happening.

From Emma Hurley at Newshub:

Before his first appearance on Newshub Nation as National leader, Simon Bridges thought some prisoners could vote.

Mr Bridges was asked on Saturday by host Lisa Owen whether prisoners should be able to vote.

“It depends on the level. I think the answer that we came to in Government was under, is it two or three years? Yes. Where they’re in for really serious lags and really serious offences, no.”

Ms Owen told him in fact, at the moment no prisoners can vote, and asked if Mr Bridges was proposing a change.

“Well I thought that was the Bill we had put in place,” he replied.

Asked if he supported prisoners with sentences under three years being able to vote, he said: “Well no, I support the position we had. I thought I had that right.”

Bridges is correct.  We did have it right.  He is now willing to wreck attempts to restore that situation for political advantage.

The bill has been introduced and should be for first reading soon.  Prepare for an ugly, divisive debate.