Newtering the rhetoric on crime

Our prisons might be worth the current cost if the recidivism rate were not so high, but… half of the prisoners released this year are expected to be back in prison within three years. If our prison policies are failing half of the time, and we know that there are more humane, effective alternatives, it is time to fundamentally rethink how we treat and rehabilitate our prisoners.

That quote is not about New Zealand, but it easily could be – 37 percent of those we release today will have returned to prison two years hence; 44 percent by the three-years from now and a staggering 49 percent by 48 months.

Whether or not one cares what happens to “criminal scum”, it’s evident prisons aren’t performing their primary, and most vital, function of protecting society by reducing crime.

As has been amply demonstrated by comments on The Standard in recent days, there are many who believe that the answer to an ineffective deterrent is more deterrent; that leaving in place the likelihood that fleeing from a police car will result in your death is somehow discouraging an unknown number of drivers from fleeing. At least that’s the obvious conclusion to be drawn from claims that to reserve high speed pursuits only for situations in which the danger of permitting the offender to continue on the road clearly outweighed the danger of chasing them would result in “anarchy”. Unless the state wields the biggest possible stick – ideally studded with a few nails – the argument seems to go, criminality will flourish and the streets will run red with the blood of innocents.

Increasingly, though, people who respond with their critical faculties as opposed to their knees are realising that the present model of law enforcement and incarceration is a failure. Here’s one such commentator:

Some people attribute the nation’s recent drop in crime to more people being locked up. But the facts show otherwise. While crime fell in nearly every state over the past seven years, some of those with the largest reductions in crime have also lowered their prison population…

Consider events in Texas, which is known to be tough on crime. Conservative Republicans joined with Democrats in adopting incentive-based funding to strengthen the state’s probation system in 2005. Then in 2007, they decided against building more prisons and instead opted to enhance proven community corrections approaches such as drug courts. The reforms are forecast to save $2 billion in prison costs over five years.

…we both endorsed corrections reforms in South Carolina that will reserve costly prison beds for dangerous criminals while punishing low-risk offenders through lower-cost community supervision.

While Nolan has gone on to become vice president of Prison Fellowship, a Christian ministry to prisoners, ex-prisoners and their families, Newt Gingrich remains an influential figure on the right whom some speculate will make a run for the Republican Presidential nomination next year. So while Nolan may be motivated by Christian concern for the fallen, Gingrich still very much has his eye on political office, a populist roads to get there – he just seems to have realised that generating fear to get elected and then failing to keep communities safe is a path to eventual disillusionment and electoral failure.

So, perhaps not with the noblest of motives, he’s accepted that politicians need to lead on this issue… to sell what will be, for many voters, an initially unpopular approach on the basis that this is what works. And there’s no denying that work it does:

Florida’s incarceration rate has increased 16 percent, while New York’s decreased 16 percent. Yet the crime rate in New York has fallen twice as much as Florida’s. Put another way, although New York spent less on its prisons, it delivered better public safety. 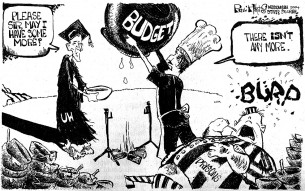 Given his past record, I doubt Gingrich has so much as a scintilla of concern for prisoners and their families. Instead, what appears to have brought him to this epiphany is the success of prison reform in achieving two objectives: saving the state significant sums of money whilst better protecting the law-abiding public. Both those reasons and valid, legitimate and equally noble. If, in the back of one’s mind, one harbours concern for offenders there’s no need even to mention it… those two measures of success are potentially more than enough on which to construct a platform.

Fertile ground remains for a New Zealand politician to adopt the same stance. Who, I wonder, will have the courage?

37 comments on “Newtering the rhetoric on crime ”