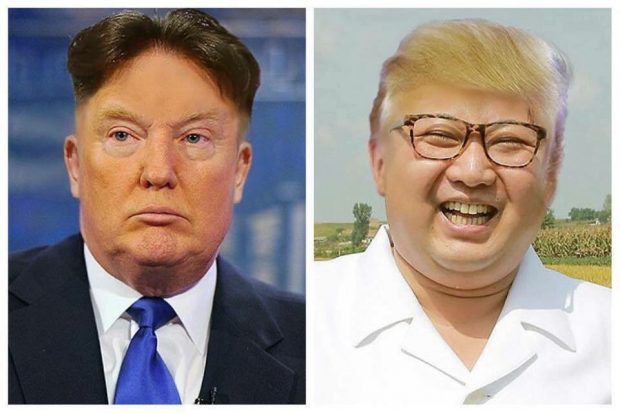 Does being incoherent work sometimes?

I did a little post a couple of months ago about Korea, hoping that war would not break out, but worrying anyway.

We are used to thinking that diplomacy about North Korea must be the same as for any other massively errant state, namely, that the administration must ground its diplomacy and its overall approach to North Korea in a strategy of comprehensive coercion that clearly defines anti-proliferation objectives, leverages Washington’s most effective and diplomatic tools, and aligns its Korea policy with the broader U.S. strategy in Asia.

And yet right now all of that looks wrong.

It seems like being impetuous and incoherent is the right tactical approach to get results. Because just before this set of positive exchanges U.S. President Donald Trump’s policies to North Korea have been whiplash inducing. On February 23, he appeared to be gearing up for a conflict when he said that if sanctions against Pyongyang didn’t work, Washington would have to move to “phase two,” which could be “very, very unfortunate for the world.” But just two weeks later, Trump abruptly changed course and accepted an invitation to meet with North Korean leader Kim Jong Un — a decision that caught even his own White House and State Department by surprise.

Trump’s newfound enthusiasm for diplomacy has temporarily lowered the temperature on the Korean Peninsula, but it also underlines a bigger question: Does the United States have a strategy for North Korea, or are these twists and turns merely the whims of a temperamental president? Does it matter if the other side can’t tell the difference, so starts making useful diplomatic moves? In the past, rash and uninformed decisions by U.S. officials on the peninsula — such as acquiescing to Japan’s occupation of Korea in 1905 and excluding Korea from the U.S. Cold War defense perimeter in 1950 — have had grave consequences. The United States and the rest of the world to be honest cannot afford a similar outcome today.

Trump’s unpredictability has upsides. His self-proclaimed “madman” behavior may have played a role in bringing the North Koreans to the table, and the Trump administration’s policy of applying, in the White House’s words, “maximum pressure” has yielded some impressive results. An unprecedented summit between the U.S. and North Korean leaders could indeed bring lasting peace to Asia. But it could also go wrong: if negotiations fail, the administration might conclude that a military strike is the only way forward, greatly increasing the chance of war.