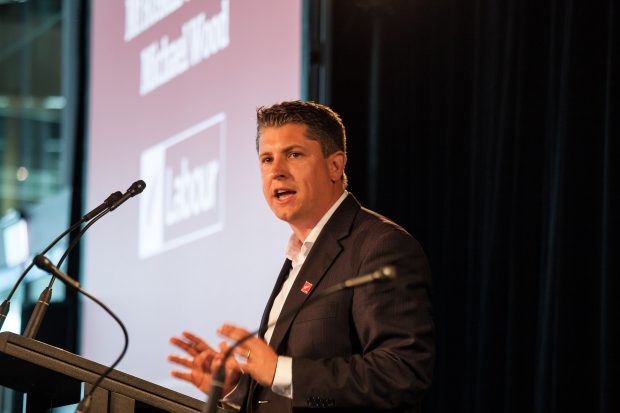 It has been an interesting week for Labour.  On Wednesday they announced a wage freeze for public servants earning over $60,000 unless, for those on lower salary levels, there were exceptional circumstances.  The left did not take this well.

Then yesterday Michael Wood, the twenty first century version of Micky Savage, led the announcement of a policy that conceivably could do more to address the decline in workers wages and conditions over the past 40 years than anything else tried recently.

It brings into action the system proposed by a working group led by former prime minister Jim Bolger in 2019.

In a statement, Workplace Relations and Safety Minister Michael Wood said Fair Pay Agreements (FPAs) would improve wages and conditions for employees, encourage businesses to invest in training, and level the playing field.

Wood said FPAs were about ensuring working Kiwis got a fair go.

“For too long New Zealanders working in critical roles like cleaners, supermarket workers, and bus drivers whose work was essential to keep our country going during the pandemic, have been undervalued by our workplace relations system,” he said.

“We’re taking a balanced approach and have designed Fair Pay Agreements to be negotiated between business and unions who are familiar with the particular sector or occupational group being negotiated for. Industrial action cannot occur during Fair Pay Agreement negotiations.

“Fair Pay Agreements will help good employers by stopping the race to the bottom we’ve seen in various industries and encourage competition that isn’t based on low wages, but on better products, services, and innovation.”

The government would also provide support for BusinessNZ and the Council of Trade Unions, “as well as potentially providing a support person and direct financial assistance to bargaining parties”, he said.

The government will now draft legislation, which will be introduced later this year, and is expected to pass in 2022.

Labour’s 1970s-style wage controls will bring back the strikes! pic.twitter.com/1qV6bc6W0b

It is a shame they did not /engage sarcasm chip/ read the background material including the report from the Fair Pay Agreements working group which included employer and union representatives and was chaired by, check my notes, former National Prime Minister Jim Bolger.

The report said this in italics and bolded:

There is no recourse to industrial action during bargaining

And typical National.  They are totally indifferent to the poverty that workers who perform vital roles are experiencing but are happy to lie about industrial action so that they can try and prevent something beneficial happening.

The proposal, so far, does not suggest or even hint at the possibility of compulsory unionism being reintroduced.  The recommendation of the working group was that negotiated fair pay agreements should cover both union members and non union members.

Of course this will mean that unions may not be properly resourced to do the job.  The working party report says “[t]he Government will need to consider whether additional resources for bodies involved in dispute resolution and enforcement are needed during the detailed design and implementation of the overall system.

There will be attacks from the right on this proposal.  They are already warming up their attack lines.  From Jason Walls at the Herald:

“They would take away business’ right to a say over wage-setting and would lead to labour disputes and strikes.”

He added they are contrary to international law, which says collective agreements should always be negotiated voluntarily.

“Business cannot support the plan to implement them.”

“It would also destroy contracting, as it would cover all contractors in a sector.”

National is similarly sceptical: “Labour’s so-called fair pay agreements may be celebrated by unions who are struggling for survival, but they will not improve things for individual workers.”

The party’s workplace relations spokesman Scott Simpson said the new rules would see 90 per cent of a workforce at the mercy of the other 10 per cent.

Entire industries would be bound by agreements whether they participate in the FPA bargaining process or not, Simpson said.

The breach of international law claim is an interesting one.  Australia has had a similar model for the past eleven years.    It has consistently protected unions and collective bargaining better than New Zealand over the past four decades and wages are higher there.  Clearly below all the bluster this is the right’s main concern, workers being paid properly.

This proposal could do more to reverse the damage caused by the Employment Contracts Act than anything else tried since the 1990s.  Let’s do this.