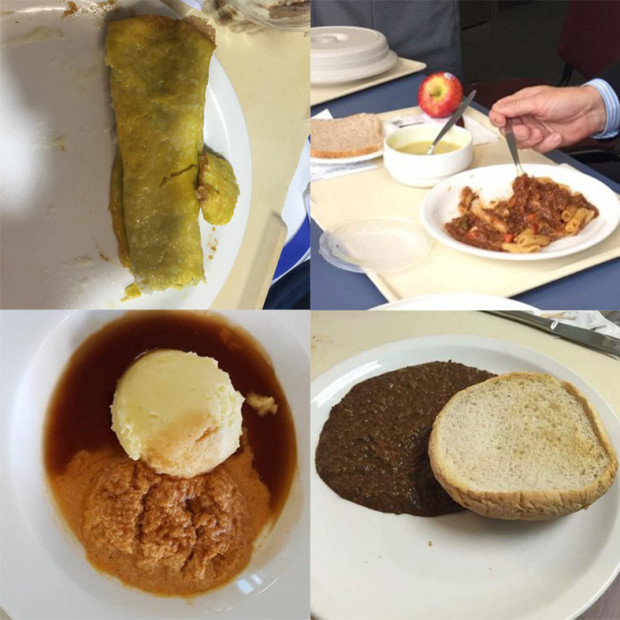 John Campbell and Checkpoint are doing some sterling work.  On issue after issue they are presenting real news to New Zealand and changing hearts and minds.

One of their latest stories is about a group of dedicated cooks who used to work at Middlemore Hospital and who spent most of their lives providing the sick with meals.

As part of a corporate takeover of public services the provision of hospital meals in some DHBs was privatised a couple of years ago.  Compass, a private UK based corporation, was awarded contracts to provide food to different Health Boards.  The takeover was clearly coordinated by the Government.

With typical neoliberal arrogance the Government thought that privatising the service would save money.  The usual corporate techniques were used.  Old equipment was not replaced, workers were paid less and less and the quality of food was skimped upon.

The changeover was traumatic for those involved.  Jill Ovens describes what happened when the changes occurred in 2014:

It isn’t just the jobs that will be lost when Auckland Hospital workers are contracted out to multi-national company Compass.

Nor is it just food quality and food safety that will be sacrificed when fresh food is replaced by pre-packaged, processed food coming into our hospital kitchens.

A big loser of the past week was democracy.

The Auckland DHB voted last Wednesday to go ahead with the HBL proposal to contract out its food services and outsource most food preparation to external suppliers.

On Friday, the Waitemata and Counties Manukau DHBs’ Chief Financial Officers also decided to go ahead with the proposal to replace food freshly cooked in the hospital kitchens with chilled food brought in from external suppliers. The CFOs had been delegated by the respective DHBs to make their supposedly independent decisions.

Hundreds of submissions were received opposing the proposals, including 164 individual submissions from hospital staff. Major concerns were expressed about loss of kitchen workers’ jobs, food safety, and the new nutritional food standards about to be imposed nationally.

When the decision was announced yesterday, the kitchen workers, ward assistants and café workers were so upset and angry that they walked off the job. Today most called in sick.

These were people dedicated to their jobs and wanting to help.  Their treatment was appalling.

Fast forward to now and putting to one side the joke that hospital food has become there is still an outstanding issue relating to the reorganisation.  Some workers have not been paid what they believe they were entitled to.  From Radio New Zealand:

Ten staff who worked for decades in Middlemore Hospital’s kitchen before the Compass Group took over the operation say they are owed hundreds of thousands of dollars by the company.

Compass is one of the world’s biggest catering companies, and supplies nearly half of all public hospital meals in New Zealand.

The company has been the focus of protests in recent months about the quality of the food that it has supplied to hospitals in Otago and Southland.

Last July, Compass switched from cooking food in-house to pre-packaged meals and made 14 Middlemore kitchen staff redundant in the process.

Ten of those workers, many of whom had been working there since the 1970s, took voluntary redundancy on the basis of retirement.

Under their union’s collective agreement, because they had worked there for so long, they were owed gratuity pay – a sort of thank-you payment for long service, E Tū said.

Industry co-ordinator Jill Ovens said the women got their redundancy pay, but 10 of them were still waiting for retirement gratuities.

In a statement, Compass human resources director Marion Hetches confirmed the two sides were still discussing the payment and acknowledged the process was taking longer than it should.

The company hoped to come to a deal over the “coming weeks”, she said.

The accompanying video is really upsetting. It uses the powerful technique of letting ordinary decent people describe what has happened in their own words.  Clearly these are a group of workers who were dedicated to their job and were upset by what happened and who just want to get what they are entitled to.

Time to pay up Compass.