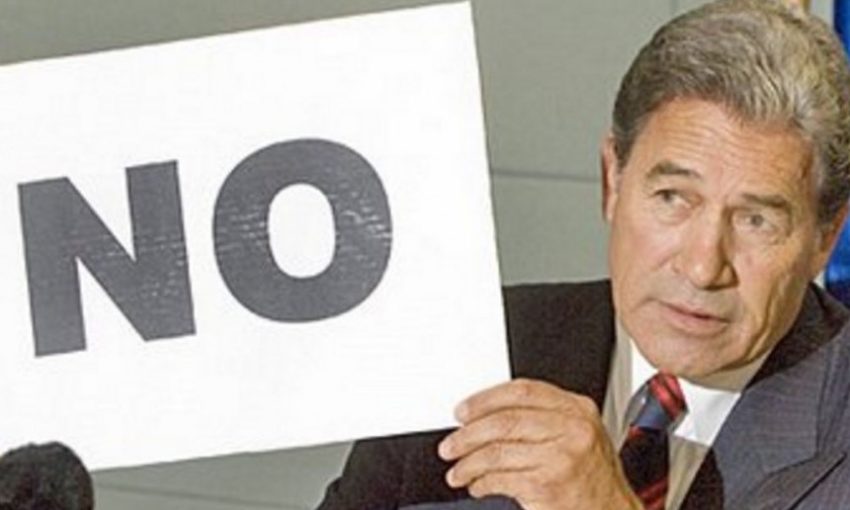 Last week the two persons who are subject to name suppression were acquitted of fraud charges by Judge Jagose in the High Court.

The decision is technical and the language is dense.  The defendants were acquitted of the fraud charges that they faced and I am certain the result was technically correct.  But the implications are that the judgment identifies a rather big hole in our electoral law.

You may remember that way back in 2008 Winston Peters faced not dissimilar allegations after donations from Owen Glen were shuffled into a trust and Peters did not declare that the donations were made even though they were used to pay legal bills that Peters had. I thought at the time that the payment may have been made to a trust and that Winston was not legally responsible for payment of his legal bills or obligated to disclose the donations because the contract of retainer was with a different entity and not him.  The funds were used to pay a bill but it was not his bill.

A majority of the Privileges Committee subsequently held that he should have declared the donation in his pecuniary interests register although Labour and New Zealand First did not.

Michael Cullen summed up Labour’s concern with the majority decision in these terms:

Even if all those facts follow, and Mr Peters should have found out about the donation or already knew about the donation, the real issue that comes at that point is whether he should have made a return. The registrar told us that if members approached her for advice about whether a matter required a return, she would advise them to ask their lawyer and seek legal advice, which is why the committee has recommended that the registrar should make more rulings on these matters. But what if Mr Peters had done that and had approached his lawyer for advice on this matter? Mr Henry submitted that in fact a return was not required, on two grounds: on the first ground, that it was not a gift to Mr Peters, because there was no obligation to pay, on Mr Peters’ part; and, on the second ground, that it was an electoral expense related to the electoral petition, and electoral expenses are specifically exempted from the requirement to make a return under the pecuniary interests register. The committee concluded that both those points were wrong, but that is not the point. The point is that that is the advice that Mr Peters would have had, had he followed what Dame Margaret Bazley said should be done. In other words, how can one conclude on the basis of this—and engage in a motion of censure on a member—that he knowingly made a false return, when in fact if he had followed what was recommended through this process, he would have been advised that he did not need to make a return on these matters?

The Serious Fraud Office became involved but along with other Government agencies declined to take any action and apart from the Privileges Committee finding Peters was essentially exonerated.

Fast forward to now and what appears to be similar techniques were used to again hide donations from public scrutiny.  Two individuals whose identities have been suppressed were charged by the Serious Fraud Office with two counts of obtaining by deception and without claim of right  nearly $750,000 alleged to be New Zealand First party donations.

Under the Electoral Act anyone receiving a party donation must either transmit it to, or deposit it into a bank account nominated by, the party secretary. The party secretary then is required to “keep proper records of all party donations received by him or her”. None of the money at issue was so transmitted, deposited, received or recorded and this formed the basis of the charge.

A donation (whether of money or of the equivalent of money or of goods or services or of a combination of those things) that is made to a party, or to any person or body of persons on behalf of the party who are involved in the administration of the affairs of the party.”

Reporting and administration requirements are clearly dependent on the funds being handled centrally so if there are any gaps in the rules they would pose rather large challenges to the reporting regime.

The background is that a trust called the New Zealand First Foundation was set up in 2017 with the intent that it would be the recipient of donations.  The trust objective was  “[t]o establish a capital protected trust to receive donations from persons who wish to achieve the objects of this trust where the capital cannot be distributed until vesting day”. The trust deed anticipated “the purchase of capital items (owned by the Trust)” for use “[t]o provide an income stream to further [specified] objects”, essentially being those of the principles of New Zealand First.

The set up meant that the donations did not have to be declared to the Electoral Commission in the normal way.

By hiding the true nature of the recipient did the two individuals commit fraud?

Judge Jagose did not think so, ruling that they were not involved in the administration of the party and therefore not subject to the various legal reporting requirements.  He said:

You have to wonder at the decision not to lay charges under the Electoral Act although many of the offence penalties are fine only and the time for filing charges for these has expired.

Cabinet is considering the issue today.  I expect that they will decide to address the apparent hole.  A starting point could be to move to delete the words “who are involved in the administration of the affairs of the party”.