A series of public vigils will be held this week for murdered tourist Grace Millane.

There’s a lot that can be said about this terrible crime, which has struck a sombre chord here in Aotearoa and around the world.

Prime Minister Jacinda Ardern spoke for the nation when she talked of our country’s shame at Grace Millane’s death.

However, it should be remembered that tourists are relatively safe in NZ. It’s Kiwi women and children that are most likely to be hurt, bullied and killed here through no fault of their own.

The recent law change to make strangulation a separate crime is a good step. Throttling a partner is a well known pre-cursor to worse crimes. Acknowledging that fact is a good step toward finally ending the idea that ‘it’s just a domestic’.

Men, we have so much to do. We can’t change history, however we can work with our mates and with our boys to make Aotearoa safer day by day.

If we men don’t make the change, who will? 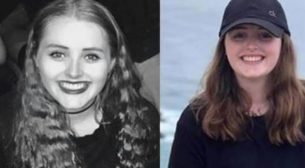 A candlelight vigil is planned for Wednesday at Auckland CBD’s Federal St. Starting at 7pm, the event is being led by Alison Mau and domestic violence victims’ support group The Aunties.

Also in Auckland on Wednesday, the White Ribbon group will hold a vigil at St Patrick’s Square, also on Federal St, at 6pm.

Wellington’s vigil is planned for 7.30pm, Wednesday in Civic Square.

Another group plans to take to the streets on Wednesday at 7pm, at 1903 Square on the corner of Trafalgar and Selwyn Place, Nelson. Attendees are asked to bring their own candles and tea lights.

Otago’s vigil is 7pm on Wednesday in the Octagon, in central Dunedin.

A vigil is planned for tonight at 7pm, in front of The Boatshed Cafe.

A sunset vigil is set to be held at 8pm on Saturday on the beach by the surf club at Mount Maunganui.