Some men just want to see the World burn 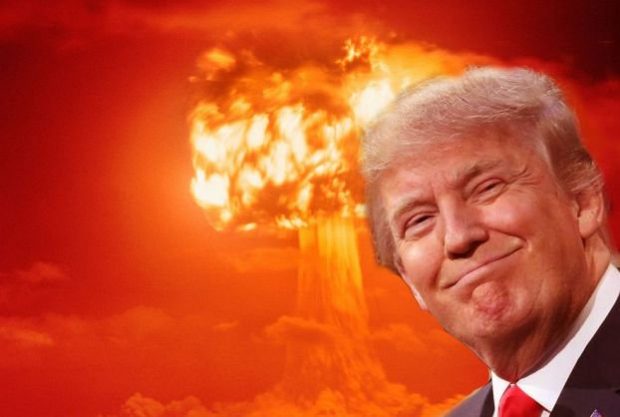 Normally when you lose an election you say nice things about the winner and make way for them.

But is Trump doing this in the US of A? No sirree.

The last thing that was seen of him publicly was his playing golf as the election result was finally called by media.  How appropriate.

But yesterday was rather disturbing.  The election result is pretty clear.  For Biden to lose there would have to be significant upheavals in a number of States’s results.   The convention is that the existing regime makes sure that Biden and Harris have sufficient resources to start putting their team together and getting ready to lead.

The funding for Biden to start to prepare has not been released and Biden has had to seek private donations to support organising the transition.  I cannot imagine anything more petty, obstructive or destructive of America’s interests.  Why am I not surprised.  From Gene Maddaus at Variety:

Major donors to President-elect Joe Biden’s campaign are being asked this week to contribute to his transition effort, as the Trump administration has refused to turn over millions in federal funding.

The Biden-Harris transition is holding a Zoom event for donors on Thursday with Evan Ryan, a Biden adviser and former assistant secretary of state. Donors are being asked to contribute $5,000, the legal maximum.

Chris Korge, national finance chair for the Democratic National Committee, and Heather Murren, finance chair of the Biden campaign, sent an email on Monday to donors thanking them for their help in getting Biden elected.

“Unfortunately what we have seen from President Trump since he clearly and undisputably lost his bid for reelection as President of the United States is nothing less than total obstruction,” they wrote. “He has refused to accept defeat like Hillary Clinton, Mitt Romney, John McCain, John Kerry, Al Gore and every other person who has lost the race for president in our lifetime. To make matters worse the Trump administration has also refused to date to give the Biden Harris Transition Team the federal dollars that are supposed to be given for the transition. Quite frankly this is just flat out WRONG and the American people will be the big losers if we don’t immediately step up and do something about it!”

As if this was not enough the Trump White House has instructed senior Government leaders not to cooperate.  From the Washington Post:

The Trump White House on Monday instructed senior government leaders to block cooperation with President-elect Joe Biden’s transition team, escalating a standoff that threatens to impede the transfer of power and prompting the Biden team to consider legal action.

Officials at agencies across the government who had prepared briefing books and carved out office space for the incoming Biden team to use as soon as this week were told instead that the transition would not be recognized until the Democrat’s election was confirmed by the General Services Administration, the low-profile agency that officially starts the transition.

While media outlets on Saturday projected Biden as the winner, President Trump has not conceded the election.

“We have been told: Ignore the media, wait for it to be official from the government,” said a senior administration official, who like others spoke on the condition of anonymity because the person was not authorized to speak publicly.

Of even more concern is the firing of the Defense Secretary Mark Esper as well as a number of senior Defense officials. From CNN:

The Trump administration has carried out sweeping changes atop the Defense Department’s civilian leadership structure, removing several of its most senior officials and replacing them with perceived loyalists to the President.

The flurry of changes, announced by the Department of Defense in a statement roughly 24 hours after President Donald Trump fired Defense Secretary Mark Esper, have put officials inside the Pentagon on edge and fueled a growing sense of alarm among military and civilian officials, who are concerned about what could come next.

Four senior civilian officials have been fired or have resigned since Monday, including Esper, his chief of staff and the top officials overseeing policy and intelligence. They were replaced by perceived Trump loyalists, including a controversial figure who promoted fringe conspiracy theories and called former President Barack Obama a terrorist.

A senior defense official told CNN late Tuesday that “it appears we are done with the beheadings for now,” referring to the wave of ousted civilian leaders, including Esper.

Esper’s crime?  Resisting the deployment of troops on US streets to oppose Black Lives Matter protesters.  The reasons offered for these changes could be anything from spiting Biden to ensuring that Trump can return all soldiers from Afghanistan before he leaves to getting the Military ready to handle protests should Trump stay.  These are dark times …

Meanwhile in Court Trump’s voter fraud theatrics are not working.  As various cases are heard they are being shown up as lacking that one particular feature which is pretty important, hard evidence.

As he campaigns, Trump often touts his skills as a negotiator. The analysis shows that lawsuits are one of his primary negotiating tools. He turns to litigation to distance himself from failing projects that relied on the Trump brand to secure investments. As USA TODAY previously reported, he also uses the legal system to haggle over his property tax bills. His companies have been involved in more than 100 tax disputes, and the New York State Department of Finance has obtained liens on Trump properties for unpaid tax bills at least three dozen times.

The latest batch of litigation has not gone well with Trump 0-6 so far.  From the Murdoch owned Washington Post:

Since Election Day, President Trump has repeatedly claimed that a broad conspiracy of misdeeds — apparently committed in both Republican and Democratic states — had cost him the election.

“WATCH FOR MASSIVE BALLOT COUNTING ABUSE,” Trump tweeted Tuesday, the latest in a series of missives in which he has made misleading claims about the vote. Trump’s campaign has encouraged donors to contribute to a legal-defense fund so he can fight the cases in court.

But in the lawsuits themselves, even Trump’s campaign and allies do not allege widespread fraud or an election-changing conspiracy.

Instead, GOP groups for the most part have focused on smaller-bore complaints in an effort to delay the counting of ballots or claims that would affect a small fraction of votes, at best.

And, even then, they have largely lost in court.

The reason: Judges have said the Republicans did not provide evidence to back up their assertions — just speculation, rumors or hearsay. Or in one case, hearsay written on a sticky note.

The cases have been bizarre, like the claim that Republican observers had been barred from witnessing the vote count in Philadelphia which suffered from the fatal flaw that this was not actually true.  Again from the Washington Post:

Republican observers were there, after all. Trump had “a nonzero number of people in the room,” one of his attorneys conceded in federal court Thursday evening.

And to top off the sense of foreboding Secretary of State Mike Pompeo said publicly that there will be a smooth transition to a second Trump administration.  He may have been joking.  Time will tell.

The only rational conclusion I can draw from all that is happening is this: