Humans – doing it to themselves

About the only thing that surprised me was that it took so long for a pandemic to really break out into the modern world. Because our evolutionary and recorded history is mainly punctuated and constrained by disease and environmental change. We invented large cities many times in the past and lost them to plague or drought. It looks like we’re going through that phase again – just at a larger level.

I suspect I’m in the same boat as most when I say my knowledge of Zimbabwe is neither broad nor particularly deep. But anyway. Here’s some initial thoughts on current developments. 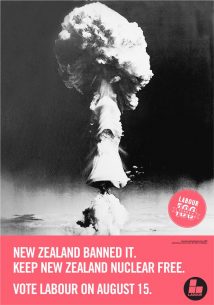 The CIA files on NZ

The release online of a trove of declassified CIA documents includes several pertaining to NZ. The Herald’s David Fisher has given us a fine summary.

Vincent O’Malley: wars we choose to remember and forget

Vincent O’Malley writes at The Guardian about how we should, or don’t, remember the New Zealand wars.

Despite being an early adopter I completely failed to spot the potential of the web.

Britain is in its final hours of voting in the historic and contentious EU referendum. Will it be Brexit or Bremain? Update: Brexit it is.

PM should get over Waitangi problems 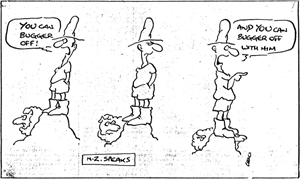 The decontextualisation of ANZAC Day

Everyone else is giving their reckons on the treatment of ANZAC Day this year, as we commemorate the centenary of the first year of World War I. So here are mine.

A recent report from the Waitangi Tribunal questions the “constitutional” foundation of NZ and challenges the received wisdom of our history.

A new Sunday feature – each week a random section scanned from a copy of The Standard, September 15th, 1938.

The luxury of an ethical opposition

Although Key’s privatisation programme has hit plenty of problems with Maori water rights, his job is made a whole lot easier by the luxury of an ethical main opposition party.

My regular Sunday piece of interesting, longer, deeper stories I found during the week. It’s also a chance for you to share what you found this week too. Those stimulating links you wanted to share, but just didn’t fit in anywhere (no linkwhoring).  This week: The Olympics, some interesting science on inequality and performance pay, and what does history look like when it’s not the propaganda of the victor?

Leadership Elections: Getting it Right

In 2005 the UK Conservatives badly lost a third election in a row and their leader announced his intent to resign. But they organised a well-run contest to replace him, and by the time he won David Cameron had gone from unknown outsider to popular public figure, and the once ‘toxic’ Conservatives were electable again.

What would he have thought? 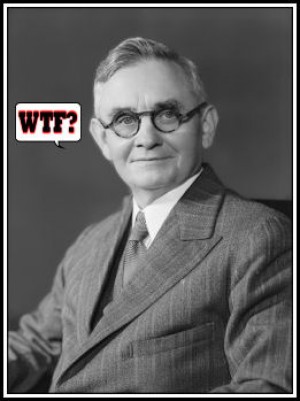 Well-known Wellington artist Bob Kerr has produced a series of paintings on “The Three Wise Men of Kurow”, Davidson the teacher, McMillan the doctor and Nordmeyer the clergyman; three  friends whose conversations in the small South Island town in the 1930’s laid the foundations for New Zealand’s welfare state. They are on brief show at […]

From the Sunday Star Times: A new poll suggests that National Leader John Key may be up against a bigger obstacle than he thought in knocking Prime Minister Helen Clark off she is the person New Zealanders most admire after Sir Edmund Hillary. The much-loved mountaineer topped the Roy Morgan Poll with 17.4 per cent support, followed by […]

After reading Steve’s piece about suicide prevention and the subsequent comments I’ve decided a short history lesson on this issue is needed. In the late eighties and early nineties the mental health model was shifted from an institutional model to the ‘recovery model’. Effectively this meant mental health patients were shifted from facilities such as […]

When I wrote to the MPs asking them for their thoughts on John Key’s “we would love to see wages drop” quote (results here), Nick Smith’s bio page reminded me of this little gem:           Ah, the Brash-Smith dreamteam. Pity it couldn’t quite last the whole three weeks.

When a society goes through trauma, one of the first results is a drop in the birth-rate. People choose not to have children in a time of strife and uncertainty. When good times return, the birth rate bounces back. The pattern could be seen worldwide following the two world wars. In Eastern Europe, where economic […]

Massey to go the way of Saddam and lose statue?

New Zealand Labour movement activists will support Irish unionists – the political sort – who wish to remove Reform Prime Minister Massey’s statue from Limavady in Northern Ireland’s Derry County. Massey is remembered without affection by trade unionists here for the mounted special police known as “Massey’s Cossacks” who were used to hunt down strikebreakers […]

Am halfway through “Kiwi Keith”, Barry Gustafson’s portrait of our third-longest serving Prime Minister. He obviously had something, as he was picked out as a young man by Reform’s Coates and others as having leadership potential from his early days crop-farming in Motueka. As a young MP, after surviving the Reform-United Coalition defeat in 1935, […]

Just had this sent through to me by a Levin reader. The reference to the Federation of Labour and getting the army in to sort out the workers should have been a dead giveaway that the piece was thirty years old, but in the timewarp that is Levin you never can be too sure…

From the Uttermost Ends of the Earth

On the morning of October the 12th 1917 845 New Zealand soldiers lost their lives in a failed attack on Bellvue Spur during the Battle of Passchendaele. At commemorations held in Flanders yesterday, Peter Kennedy, The New Zealand Ambassador to Belgium reffered to the attack of that morning “the greatest disaster in New Zealand’s history, […]