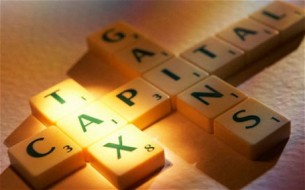 of the Tax Working Group.

Even when Labour was elected for its terminal third term and he had the opportunity to close the chasm of unfairness in our tax system, he baulked.

The prospect of introducing full fairness was also prohibited by the Tax Working Group’s (TWG) terms of reference that proscribed such things as a CGT on family homes, even those valued at over $1 million, inheritance tax, or higher income tax.

The report, just as the previous tax working group reports did in 2001 and 2009, acknowledges the nub of what ‘s wrong with our tax system – “a significant element of capital income – gains from the sale of capital assets – is not taxed on a consistent basis”.
The group notes with considerable understatement that this reduces the fairness of the tax system and makes it regressive because it benefits the wealthiest members of our society.

In fact, around $1 trillion of property gains in this century alone, according to Bernard Hickey, have been delivered to property investors unearned and untaxed. My guess is that given the share index has quadrupled over that time, similar, if not larger, untaxed gains have been made on share and business assets. Farm values may have increased less, but incredible capital gains would have been made nonetheless.

The report states that the underlying principle of New Zealand’s tax system is that it is a broad-based, low-tax system with few exemptions. The fact that it has this gaping hole defies that description.

It notes 82% of assets that might be affected by a proper CGT are owned by 20% of the population.

It also notes New Zealand’s system is not particularly progressive – less than in Australia and less than the OECD average. The inequality-reducing power of the tax and transfer system has reduced over the past three decades.

A sense of fairness is central to maintaining public trust and confidence in the tax system, the report says. The desire is to have “horizontal equity”, whereby people who earn the same amount of income should pay similar rates of tax, regardless of where, or how, the income is earned. The lack of a comprehensive tax on capital gains is behind the biggest inequalities in the system.

National Party finance spokesperson Amy Adams has already tried to dismiss the need for a CGT as introducing “unnecessary complexity”, but the report counters that by stating that “in broad terms, fairness, integrity, revenue and efficiency benefits outweigh complexity and cost detriments”.

The report suggests two potential CGT options. The most likely would extend the limited CGT on property to cover shares, businesses and farmland. Sadly, it had little to say on extending the current derisory five-year limit of the so-called “bright line test” on property that every investor can circumvent by holding the property for five years.

The other option would apply a deemed rate of return on the capital gain of assets (known as the risk-free rate of return method of taxation) on an annual basis. Don’t expect this one to fly any better than a return of Claire Curran to Cabinet as every share and business owner will scream about tax on income/gains they have not yet realised even though this currently applies to ownership of foreign shares.

Cullen said extending the taxation of capital income has many benefits, mostly pertaining to improving the fairness and integrity of the tax system.

But the report undermines this by saying it will be complex, result in higher compliance and administration costs and have limited fiscal impact. This has already been seized on by neo-liberal ideologues as a reason not to do it.

Bryce Wilkinson, “senior fellow” of the right-wing think (propaganda) tank, the New Zealand Policy Initiative (formerly the Business Round Table), says the CGT should be pitched as an efficiency issue, rather than a fairness one.

The report ruled out alternatives to a CGT, such as wealth or land taxes, as essentially too complex or unfair.

It kicked for touch on the other gaping hole in the tax system – the rort run by multi-nationals to transfer profits to tax havens. The group said double tax agreements made equalisation measures such as a 3% tax slapped on digital revenues in a particular jurisdiction, as problematic due to double taxation agreements. It recommended tagging along with OECD group action.

Reducing GST, either in parts, or overall, was considered less effective at assisting low income earners than using transfers (benefits or Working for Families credits).

The report didn’t support sugar or tobacco taxes, saying they tend to target the poor but it favoured some “corrective” taxes to change environmental behaviour. There are clear opportunities to increase the Waste Disposal levy, the Emissions Trading Scheme and water taxes, it said.

The focus of the final report, due in February, will certainly be on the GST recommendation and Finance Minister Grant Robertson has requested the group states a clear preference.

Hickey is deeply sceptical that even this limited attempt to rebalance the tax system will be passed by an electorate that is dominated by an older generation with a vested interest in housing assets. “Any form of tax on capital gains, even a limited form that excludes the family home, will be almost politically impossible.”

He believes the report “reads more like a list of excuses for why it can’t be done, than an argument for why it should”.

The report’s conclusion that a CGT will not have much influence of house prices is one reason for his cynicism.

Hickey believes the only recourse for the young renter generation is to wield their political power. If you believe that’s going to happen you may think Meka Whaitiri will be our next prime minister.

(Simon Louisson reported for The Wall Street Journal, AP Dow Jones Newswires, New Zealand Press Association and Reuters and worked as a political and media adviser to the Green Party.)