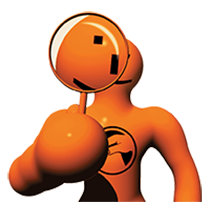 The 2017 electorate expense returns were made public a couple of days ago. For those tragic politicos like myself they provide a great deal of interesting information and an insight into how the parties are doing.

A couple of initial comments. Donations do not include all donations, just the total of those over a certain amount.

And expenses do not include all expenses, just those that qualify under the Electoral Act 1993. Basically these are advertising expenses.

Overall National spent a lot more than Labour. There is nothing surprising about this, it happens every time. Labour matches National in that the efforts of its activists, which are not attributed, mean that in most seats it can campaign as well as National.

National declared $1.1 million of spending on electorate campaigns compared to Labour’s $682 thousand. NZ First declared $203k and the Greens $79k which was bolstered by a $14k spend in Nelson. TOP spent $110k which was quite high and ACT spent $24k most of it in Epsom.

National continued with its custom of collating most donations nationally and then distributing them locally. But there were some standouts. Simon Bridges declared $120,000 in local donations, and a fair chunk of this came from a company called Seventh City Finance Ltd. The director of the Company, Paul Adams, was made a Companion of the New Zealand Order of Merit in 2015.  Todd Muller in the Bay of Plenty seat and Euon Murrell in Mana also received some generous donations from this entity.

I believe he is the same Paul Adams who was a United Future MP for a while and was heavily involved in Christian politics. [Update:  looks like this is not correct.  See comments below]

Lawrence Yule also received a significant amount of donations, $83,000 worth, but they were all from National Head Office. And he only declared $23,000 in expenses. It would be interesting to see what the rest of the donations were spent on.

Other recipients of central office largesse included Andrew Falloon in Rangitata, Chris Bishop in Hutt South, David Hiatt in Wigram, and Nicola Willis in Wellington Central, again with most of the donations coming from head office although Willis managed to gain some personal donations.  Clearly this shows the seats National viewed as either problematic or potential gains.

Lowest donation gatherers were Paulo Garcia in New Lynn and Paul Goldsmith in Epsom. Goldsmith is in an unusual position, where during an election campaign he is not expected to do anything.

Labour’s returns were more mundane. The highest amount was $67,500 obtained by Anna Lorck the unsuccessful Tukituki candidate but most of that was from her Labour Electorate Committee. Next was Kelvin Davis with Jacinda Ardern a close third with most of the donations being art.

The recipient of the lowest amount of donations apart from a few in National held seats was Chris Hipkins.  The one donation he received was from his electorate committee.  The election spend ($3,835.53) was also very modest.  Labour’s average spend per seat was $9,600.

New Zealand First’s returns are interesting.  Shane Jones received $10,000 from Talleys and $2,000 from Tony Gibbs.  Winston Peters declared only the one donation, from NZ First for $20,000.

Other recipients of Talleys generosity include Amy Adams, Paula Bennett, Sarah Dowie, Nikki Kaye, Todd McClay, Maureen Pugh, and Stuart Smith who each received the sum of $5,000 from Talleys.

ACT’s David Seymour had a perfectly balanced return with one donation of $14,007 from head office matching the total of expenses.

Party expenses returns are due to be filed on or about February 23.