The fragility of our food supply

A comment was made recently that no-one gets paid $100,000 growing permaculture kale, and this is the income needed for a house. It was a throwaway, dismissive comment so I’m not linking to it, but it was in the context of job creation and my position that we have an opportunity this year to create sustainable jobs not just replacement jobs as fragile as the ones we’re losing. We also have an obligation, because this isn’t the last pandemic we will face and we also have the climate and ecological crises on the horizon as well as Peak Oil, GCF and so on.

The regenerative peoples (those that have been working on sustainability for many years) see the opportunity, because they’ve been actively practicing both sustainability and regenerative systems and know what those systems are capable of. This is a both/and situation of ecologically appropriate tech and adaptation in a chaotic world.

I’d like to showcase some of that work. It happens largely outside of the mainstream so many people are unaware of it, and is thus easily dismissed usually out of ignorance. What I’d really like to see is the merging of the regenerative counter culture with the power holders in society so that we get to use all the tools at our disposal.

In the past year there’s been some scary stuff coming out in the mainstream about the climate crisis, including the potential for crop losses on a scale large enough to create global food shortages. This from climate journalist, Eric Holthaus, a year ago,

There was a single transformational thought that underpinned the urgency of today’s IPCC report: Until we realize we exist as part of an ecosystem, that we are part of a living planet, we will continue to destroy the soil that makes our existence possible.

He links to his piece in Rolling Stone, The Climate Crisis Is Moving Us Toward a Food Catastrophe.

The gist is that the crop species we currently rely on can grow within a certain temperature range but will fail with heat extremes (not the global 2 – 3C increase, but the local big heat increases). Add to that increasing drought, and more extreme weather events (flood, hail, rain) and we have large scale failure. That’s nature’s response to climate change. Human system issues include the global food supply being utterly dependent on fossil fuels at the time we are needing to rapidly transition to post-carbon. We now have the additional problem of stressed supply chains in a covid world. Then there are the ecological crises around Peak Soil, mass biodiversity loss, and unsustainable resource extraction, of which agriculture is one of the main drivers.

Food supply failures are not without precedent but the problem now is the frequency and the compounding nature of each crisis, the likelihood of the environmental causes being perpetual, and the fragility of our linear, market driven systems. It’s also to do with the economics of growing cash crops for export rather than growing food for local consumption. Money won’t buy crops that have been destroyed in a flood or never got to ripen, and you can’t make money from destroyed crops either. Large scale monocropping is particularly vulnerable.

Analyses tend to focus on conventional agriculture and climate change but conventional ag is the least resilient way we have of growing food. The good news is that we have far better ways of growing food that are suitable for a post-carbon world and that are more resilient as the climate and economy changes. They also restore biodiversity, and can help mitigate climate change.

I’ll be writing posts showcasing these other ways of growing food, including one on the couple growing permaculture kale and taking $100,000/year. I’ll also be looking at the politics involved in why we’re not there yet and how we can be.

In the meantime, here’s a selection of past posts on The Standard about regenerative agriculture. 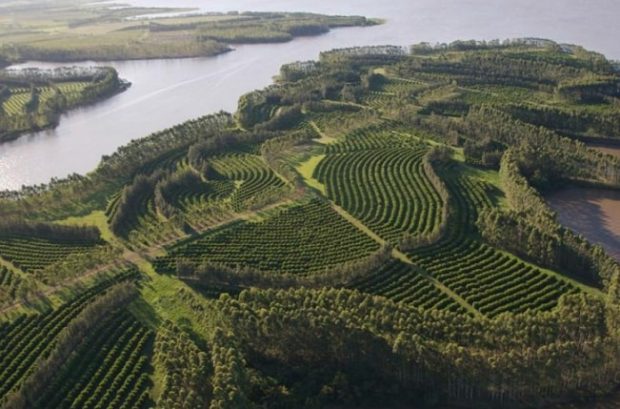 98 comments on “The fragility of our food supply ”