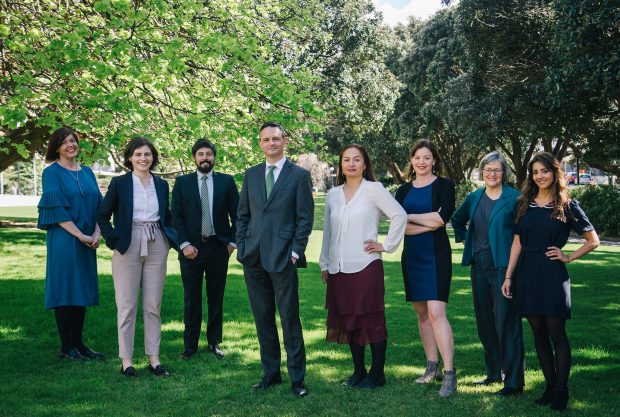 The Greens want to reform electoral law. One of their goals is to stop donations from foreign sources happening.

It is hard to work out what the implications are.  There is a requirement to report party donations from overseas sources but only those over $1,500 are required to be reported.

The latest returns suggest that Labour received no donations that had to be reported, nor did the Greens, but National received $53,975 in total of these particular donations. They also received $150,000 from Inner Mongolia Rider Horse Industry (NZ) Limited which for electoral purposes not an overseas person. It appears that the prohibition may be easily avoided.

It is interesting that National declared total donations of $4.58 million compared to Labour’s $1.61 million.  And the Greens received $0.85 million.

The Greens’ petition also seeks to enable Māori voters to change electoral rolls more easily, to overturn the prisoner voting ban to give everyone the right to vote, and to implement the recommendations of the 2012 MMP review.

The last proposal, which seems innocent enough, has led to an eruption of dissent from the right on twitter.

Matthew Hooton thought it would lead to a civil uprising:

And he wants Labour to rule itout.

His rhetoric, “corrupt”, “dumb” and “civil uprising”, is getting pretty Trumpian on it.  Matthew can we dial the rhetoric back and debate the detail?

There are a couple of issues posed by this particular proposal, do we have to hold a referendum to reduce the MMP threshold, and will the reduction of the MMP threshold from 5% to 4% cause a civil uprising?

As to the first question well no.  Some parts of the electoral system are entrenched.  Things like provisions relating to the Representative Commission, voting methods, size of electorates, tolerances for size, age of voting and method of voting.  These require 75% of Parliamentarians to vote in support of change, or  a majority at a referendum.  There is an interesting question about if the entrenching provision is not itself entrenched and could be changed by simple Parliamentary majority but for current purposes this can be ignored.

Should it be done without a referendum?

The Electoral Commission report recommended that the changes should happen.

The party vote threshold is the mechanism by which the competing objectives of proportionality, on the one hand, and effective Parliaments and stable governments, on the other, are balanced. At 5%, it is higher than it needs to be to strike the right balance. It could be lowered to 4% without any risk to effectiveness or stability and this is what we recommend be done. It could arguably be lowered to 3%, on the basis of previous MMP results, without significant risk. But this, a massive 40% reduction from the current threshold, would be a step too far at this stage. It may be in time that a 4% threshold proves to be higher than it needs to be. For this reason, the Commission proposes it be required to review and report on the new threshold after three general elections. This is an area in which New Zealand should move cautiously and incrementally.

The one electorate seat threshold should go. An exception to the party vote threshold, it is not a necessary feature of the MMP system. Whilst it does increase the proportionality of Parliament, it does so in an arbitrary and inconsistent way that would be better achieved by lowering the party vote threshold. Its effect has been to undermine the principles of fairness and equity and the primacy of the party vote in determining the overall composition of Parliament that underpin MMP. It gives voters in some electorates significantly more influence over the make-up of Parliament than voters in other electorates. It causes excessive focus to be placed on a few electorates and distorts election campaigning.

And the Commission said this about the referendum issue:

We have considered the process for implementing our recommendations, should they be accepted. Since 1956, where significant change to a defining characteristic of the electoral system has been proposed, a referendum has usually been held. For example, the term of Parliament has been the subject of referendums in 1967 and 1990, and the type of voting system in 1992, 1993 and 2011. However, important changes to aspects of the operation of our voting system (such as, in 1965, the basis for determining the number of electorate seats, or, in 1995, the form of the ballot paper) have been enacted by a broad consensus of Parliament.

While our recommendations are important and some require legislation, they do not fundamentally alter the nature of the voting system. For this reason we believe a referendum would not be required to implement them.

Will the reduction of the MMP threshold to 4% adversely affect our democratic system?

Well no.  It will improve proportionality.  If a political party can achieve 4% of the party vote why shouldn’t they be in Parliament?  The lower the figure goes, the weaker the argument becomes.  If there is too much fracturing of the vote and of support then effective Government may be difficult to achieve.  But 4% provides a fairly daunting hurdle and Rob Salmond who looked at the situation overseas found no evidence of increased instability.

And we have had this weird situation where single seats have had disproportionate effects on election results.  Epsom is the one that stands out.  It is weird that 16,000 voters in Epsom can get their vote counted but 100,000 voters for a party can watch their vote be wasted.

How much of a difference will it make and will it favour the left?

The two times that parties have achieved over 4% of the vote and have not been coat tailed into Parliament were in 1996 when the Christian Coalition just missed out and 2008 when New Zealand First did the same. So based on this history no it will not.

The loss of the potential for puppet parties will hurt the right but they adversely affect proportionality.

Were the Greens trying to pull a swifty?

This is what the petition says:

[i]mplement the recommendations of the 2012 MMP review.

And this is what the review says hidden away on the leading page:

I bet National is working out the implications of this change.  Its response will depend on its calculation on if the lower threshold will help Christian conservatives or its puppet Blue Green party.  Self interest will determine what its response is.

There is nothing swift or underhand about the petition.

What was underhand was back in 2013 when Judith Collins shelved the review report on the basis there was not consensus. The reality was that a couple of turkey parties were not prepared to vote for an early christmas. There was no legislation introduced, no referendum, just executive action taken to kill the report because it threatened their political interests.

I hope the petition succeeds. Overseas donations should not be part of our electoral system, the provisions relating to changing election for the Maori role are unduly difficult, the prisoner voting ban was a breach of human rights, and the changes to the threshold have been recommended by the organisation in charge of our electoral system. Perhaps a referendum should be used for the change so that it is instilled with strong constitutional underpinning and so a future National Government cannot simply reverse the changes but there is no requirement that this happens.

I hope the rhetoric gets turned down. I suspect that this will be a forlorn hope.