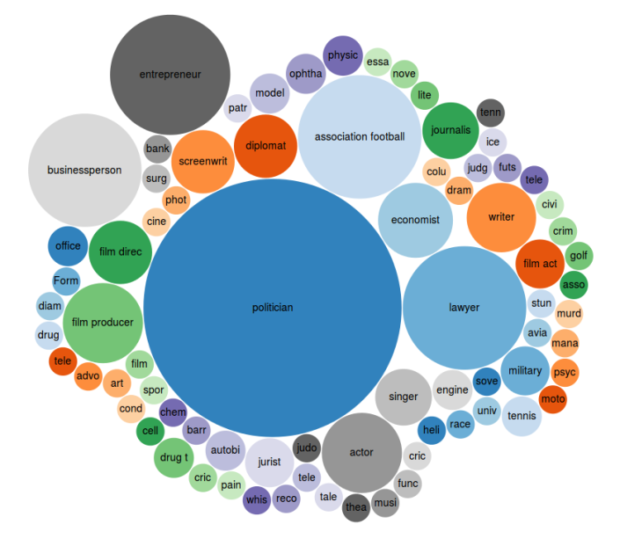 Actually, this data is probably unreliable – “Some people may see that politicians are the largest group, but that might simply be an artifact of the notability criterion of Wikidata”.

It’s hard to believe that politicians are really so predominant. But when you find out that so few countries are backing Cameron’s attempts to tackle corruption at London summit, and that our government has to “think about it” (has to think whether it’s worth tackling international corruption FFS!) – you really do have to wonder.