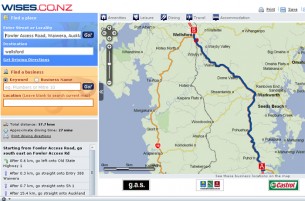 Auckland Transport Blog saying the bleeding obvious about the aggrandizement project that appears to be Steven Joyce’s grand vision for the future of transport in Auckland. If he was concentrating on reducing the road toll on this stretch of road, there are simpler and cheaper ways than wasting taxpayers money

As I have noted in previous posts on the Puhoi-Wellsford ‘holiday highway‘ project, I am not opposed to some sort of upgrade to this 38 kilometre stretch of State Highway One north of Auckland. The road most definitely does currently experience significant congestion during holiday periods, and even on normal weekends during the summer. It is also an exceedingly dangerous road particularly the stretch of road between Warkworth and Wellsford through the Dome Valley.

While I certainly knew that this part of State Highway 1 was dangerous, it is only in the last few days that I have become aware of exactly how dangerous the road is. Answers to a couple of parliamentary questions tell us that between 2000 and 2009, there were 15 fatalities on State Highway 1 between Puhoi and Warkworth and another 26 fatalities between Warkworth and Wellsford, in the notorious Dome Valley. That’s a pretty scary total of 41 fatalities along this stretch of road over the past 9 years. A good argument for upgrading the road I hear you say, well I would agree entirely except that a big problem with the grandiose holiday highway scheme is that the Puhoi-Warkworth section isn’t due to be completed until 2019 and the Warkworth-Wellsford section not until 2022.

This is the current timeline for the project:

Now this is no fault of NZTA’s that these upgrades are going to take so long to build. Quite simply, all their previous work on the Puhoi-Wellsford section of state highway 1 (and I will say more on that point in future posts) suggested that a full motorway upgrade wouldn’t be needed for decades, so they’re completely starting from scratch with this project. Considering the very harsh terrain that the motorway will have to pass through, and the potentially difficult consenting issues that it will face, I actually think those dates are pretty optimistic.

Which, if you’re concerned about safety, is not a very good thing at all. Between Puhoi and Warkworth, as I noted above there have been 15 fatalities in 9 years or an average of 1.67 deaths per year on the road. As this section of the holiday highway isn’t likely to be completed until 2019, unfortunately we can probably expect approximately another 15 fatalities. Between Warkworth and Wellsford, the story is even more grim, with 26 fatalities over the past 9 year an average of 2.89 per year. As this section of the holiday highway won’t be completed until 2022, that’s another 12 years or 35 more deaths until we see an improvement. Add it up, and that’s a total of 50 fatalities along this stretch of road that we can expect before the holiday highway is finally completed in 2022.

To me, that’s completely and utterly unacceptable. There’s no doubt that this is an exceedingly dangerous road and therefore we need to take action now to do whatever we can to improve its safety. While some measures have been undertaken in Dome Valley over the past few years to improve safety: like rumble strips, an 80 kph speed limit, no-passing lines and so forth but these are really just fairly minor tweaks. I imagine that for a small fraction of the $1.6 billion cost of the holiday highway, those fatalities could be reduced to near-zero through easing particularly sharp corners, putting median barriers through the whole of Dome Valley and on the more dangerous other sections of the road, extending the stupidly short passing lanes that exist along much of the route and various other measures. Perhaps most importantly, many of these measures could start tomorrow because they’re within NZTA’s existing designation and therefore would not require any form of consent.

Really, this road needs an urgent safety upgrade now not a holiday highway in 12 years time. There are a lot of lives at stake here.

4 comments on “Urgent safety upgrades needed, not a holiday highway ”