Our prisons have appeared in the media recently amidst reports and claims of violations to human rights.

Whilst there will always be some in prison who complain that their juice isn’t served cold enough or that they didn’t get a bedtime story it would be wrong to assume all complaints are frivolous or that our prison population doesn’t deserve to be treated humanely. 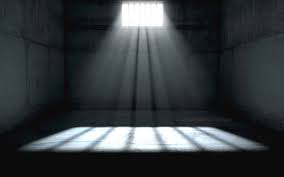 According to the Department of Corrections:

“Prisoners have the right to be treated with humanity, dignity and respect while in prison.”

These rights are outlined in the Corrections Act 2004, Section 69 .

The principles of this Act point out that the maintenance of public safety and consideration for the victim’s interests are paramount when considering offender management.

All other rights for prisoners come second.

Some of the reports have confirmed not only breaches of human rights but also of law.  Up to 34 women have been penetrated in unlawful internal searches for contraband and in all cases no contraband was found.

Department of Corrections has apologised to 15 women and is looking to locate at least 14 others  who were subjected to unlawful internal searches.

Although these women have been compensated, I’m left wondering how the hell we’re supposed to trust our justice system when they either deliberately violate the law or, more worryingly, do so out of ignorance?

Why haven’t those staff involved been charged with sexual assault?

The “consent” these women gave is invalid because it was not informed and it was given under duress.

The investigation into the searches revealed no “malicious or improper intention” but I call bullshit.  The only way to determine intent is to ask those accused and I doubt they would admit to enjoying violating the rights and bodies of prisoners if that was the case.

I’m also wonder why, if no improper intent was involved, that Corrections is pursuing legal action against one of the doctors they terminated?

Considering it took at least ten years for them to investigate claims of illegal internal searches what culpability do they have and is paying financial compensation enough of a wake-up call to get their shit together?

Other criticisms of our penal system focus on the need to meet the mental health requirements of prisoners in administrative segregation (adseg).

Whilst it is appropriate and legal to isolate prisoners who pose a threat to the safety and security of others or to ensure their own safety we have a duty to ensure our prison population isn’t being harmed in the process.

One prisoner has complained of not being allowed to have visitors or make phone calls whilst also being denied access to newspapers, media and television.

Some claim this amounts to inhuman treatment but my enquiries today confirmed that all prisoners, even those in adseg, have access to mental health professionals, religious support people and can ask to talk to someone for any reason, at any time.

Further, my sources told me that most prison have their own mental health policies and dedicated teams who focus on ensuring an individual’s mental health is protected and that they are constantly working to add a wider variety of supports.

Given the abhorrent abuses mentioned earlier and other reports such as a prisoner being kept in restraints with his hands behind his back for 10 weeks, I’m not comforted by their comments.

But I’m also challenged to find room for compassion when our prisons house some of the vilest excuses for a human.

“Being required to lift my penis and testicles and expose my rectum was the most humiliating aspect of the search for me” he told the High Court in Auckland on Monday.

“I felt belittled and dehumanised.”

And this is the problem; in an attempt to provide for the needs and well-being of the prison population the rules also provide avenues to abuse the system.

Phillip Smith is a prime example with his whining about being dehumanised whilst showing no such consideration for his victims.

Our justice system is one of checks and balances where every measure of control is weighed up against the rights of prisoners.  We must be mindful that the ultimate goal of any justice system is to afford society a safer environment and not one of retribution but I’ll be the first to admit that’s a bitter pill to swallow.

But I remind myself that not all who are in prison ought to be there and that any attempt to create discomfort for cockroaches will also be visited on those wrongfully convicted or those imprisoned for marijuana charges.

114 comments on “Walking the Human Rights Tightrope in NZ Prisons ”