Will Jami Lee spill the beans on National’s donations? 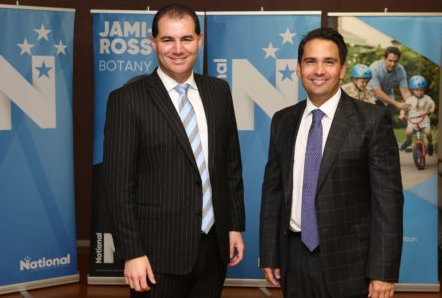 Believe me I lived through the Labour years of 2008 to 2014.  I know what disunity looks like.

This term has been a complete shambles for National.  And the shambles shows no sign of abating.  Because Jami-Lee Ross is threatening to table National’s list of 2017 campaign donations in Parliament.

National’s president is playing down threats by ex-National MP Jami-Lee Ross to make public the party’s 2017 donation records in the House tomorrow.

But Peter Goodfellow could not say with 100 per cent certainty that National had not received donations linked to the Chinese Communist Party (CCP), as alleged by Ross.

He did say, however, National had done its due diligence and “that leads me to believe we don’t have those connections”.

It is very likely that National will object to the document being tabled.  But the question is what happens next?

And Goodfellow’s comments are somewhat bizarre.  Which President of a major party would not check after the threat of the disclosure of the party’s donation list then you know there is a problem.

Goodfellow is adopting the “I see nothing” defence.  Which is understandable for a party leader but shouldn’t the party president be on top of the detail?

The article focuses on Goodfellow’s response to allegations that some donations came from the Chinese Communist Party.  From the article:

“I’m not aware of anything at the moment, nothing has been drawn to my attention,” he said when asked about the alleged donations from CCP.

He said the party has records of “tens of thousands” of donations and he was not sure what Ross was referring to.

Asked again if any were linked to the CCP, he asked for further advice on specific donations.

He then added that: “We always check to see that we’ve got New Zealanders who have donated, and [if they are] all within the usual disclosure requirements – that’s what we’ve been looking for”.

He said if Ross did table the information in the House, “we would take a look at it … very promptly, as we have in the past”.

“I would feel very concerned … we would take a look at the information if it got tabled.

“We have had a look at our information, but for some reason, he might believe something different, or whatever. Let’s see what he’s got.”

I wonder if Jian Yang’s decision to spend more time with his family is related.  Today could be an interesting day.

45 comments on “Will Jami Lee spill the beans on National’s donations? ”