Won’t someone think of the business owners? 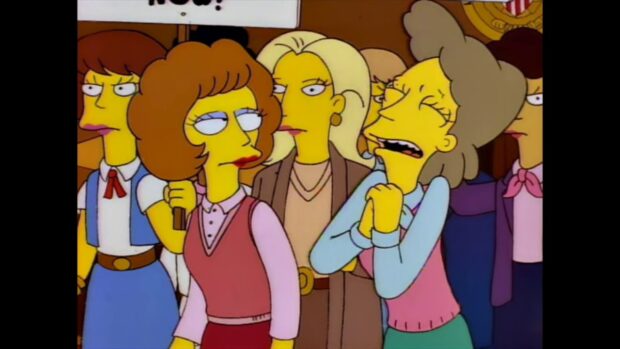 In the Herald yesterday morning Fran O’Sullivan asked why was there no bipartisan approach to Covid.  She had a point.  Labour and National have managed to agree to RMA reforms that will increase intensification and housing supply.  So why not Covid?

After all this is one of the two global catastrophes that our world is facing and with the second one there is room to kick the can down the road for a couple of more years.  The effects are more gradual and do not involve thousands of people dying in the short term.  At least now.

There have been multiple plans and multiple press releases.  A month ago National said that if 75% of the population over the age of 12 were vaccinated then we would no longer need lockdowns.  Three weeks later the figure was 70% to 75%.  A goal for adult vaccinations of 80% to 85% was also mentioned which is absurd given that in terms of first jabs we were already pretty well there.

And something that has not been said publicly, our vaccination campaign is being rolled out very effectively.

New Zealand now ranks in the middle of vaccination rates per head of population in the OECD, ahead of the likes of Germany, the United States, Australia, Switzerland, Austria and Greece.  And for the past few weeks our daily vaccination figure has been the highest in the OECD.  In many nations the rate has plateaued but in New Zealand there is still significant growth in numbers. 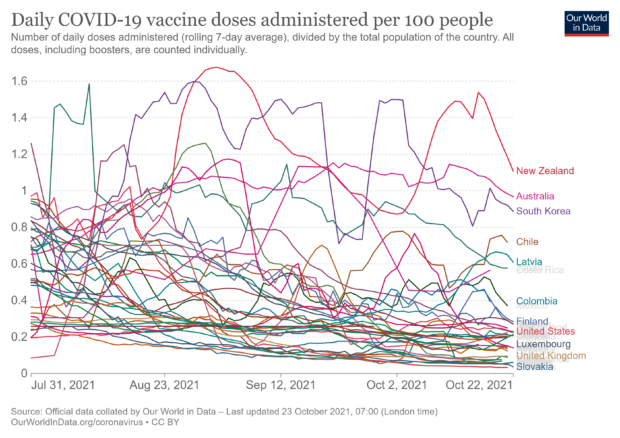 And we have not had the same levels of deaths or long covid cases that just about every nation has struggled with.

National’s proposal to no longer require lockdowns would result in the deaths of thousands of kiwis.

There are scenarios where, despite a high vaccination coverage, population immunity is not achieved, resulting in a disease mortality burden that is an order of magnitude greater. For example, with 80 per cent vaccine coverage of the population over the age of five and moderate public health measures, the modelling suggests there would be around 60,000 hospitalisations and 7,000 fatalities per year from COVID-19. Such outcomes could be mitigated if more restrictive control measures, akin to current Alert Levels 3 or 4, were utilised.

Nonetheless, the results suggest that a combination of high levels of vaccination within the community, a strong test-trace-isolate-quarantine system (assuming case numbers are kept sufficiently low) and moderate public health measures may be enough to attain population immunity, greatly reducing the need for strong public health measures, such as stay-at-home orders and workplace closures.

The report concludes that the country has to get to a 95% vaccination rate to achieve these goals.  And it highlights why we need to approve the vaccination for and start vaccinating five year olds and older.

National’s focus this week was not however on the potential death rate but on businesses desire to return to normal as soon as possible.  There was a proposal for more money for business which was immediately gazumped by the Government rolling out enhanced business support.

And after the new traffic light system was introduced Judith was reported as being close to tears.  From Newshub:

“I’m really disgusted, actually, that people are being just shoved aside,” Collins told reporters on Friday after the Government’s traffic light framework announcement.

“It’s alright here for us in Wellington because we’re at a level 2 situation. We can get out and about and do our jobs, keep our masks on, and all of that.

“But I’m hearing this morning from people who are looking to or are closing their businesses – everything that they have saved for, worked for, gone.”

Collins held back tears as she reflected on how tough it’s been for some businesses in hospitality and retail that have been unable to operate for months.

“This Government has the cheek to turn up with some cock and bull story called a ‘traffic light system’, and we’ve got the Prime Minister, Jacinda Ardern, standing there with a stop sign before you even get to the traffic lights.

Unless we get the vaccination rate up things are going to get rough.  But business closures will be the least of our problems.

174 comments on “Won’t someone think of the business owners? ”