A problem of “masculine” values

This is largely a re-post.  I agree totally with QOT, on the way the MSM have followed the whale’s lead on the issue of the Labour Party remit: a remit that was attempting to counter the gender imbalance in politics.  In their usual way these days, the MSM coverage lacks critical depth, is over-simplified, stirs up dramatic conflict, and fails to put the issue in context.

The post below is on a speech at the 2012 NZ Labour Party Conference on gender and politics.  To me it looks like the latest Labour Party remit on gender was following up on some recommendations in that speech.

I argue that the main gender problem is the way politics (and the dominant political commentariate) currently tends to maintain the legacy of a very long “masculine” tradition.  In doing this, traditional areas of women’s activity and modes of interaction are undermined.  And it is such values that run all through John Key’s ( 15 women Nat MPs out of 59) government, it’s “war on the poor”, and the primacy it gives to the ruthless and competitive world of corporations in partnership with political power. 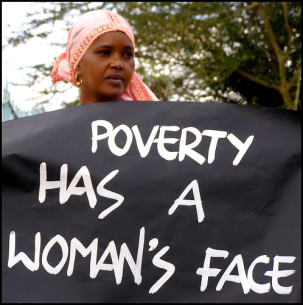 The public debate on the (one among others) suggestion of excluding men from some candidate lists, has been frustratingly over-burdened with such values: it can be seen in the rush to denounce anything that looks like feminism, and to separate issues damaging to women, from other, highly pressing, political issues.

David Shearer seems to have slipped back into fiddler-beneficiary-on-the-roof mode in his rush to placate the MSM and right wingers, by denouncing the (alleged) “man ban”), and thereby reinforcing their biases.  Shearer fails to provide an adequate alternative narrative, and, in his silence, condones Shane Jones’ misogynistic labeling of women politicians as “geldings”. This is not the way for a left wing party of the 21st century, to court the men and women who make up the low income electorate.

Below is a copy of the post that I published on November 22nd, 2012

The Labour Party conference at the weekend gave serious attention to crucial issues of gender and politics.  In a speech, Judy McGregor provided some good suggestions for a new approach.  Her focus was on two  main areas: proportion of women MPs in the party and equal pay.  However, her speech fell short in scope and depth.  It also demonstrated the same shortcomings that I see throughout the conference: a strong focus on employment and change within the existing framework.  There was a lower priority given to unpaid wirk in the home and community; work done by a large proportion of women.

McGregor focused on two aspects of gender and politics that are in need of urgent attention, and which are covered in remits considered at the conference.  The representation of women in the House, and equal pay have gone backwards since NAct have been in government.  McGregor presented statistics to show that the proportion on women MPs has declined, while the gender pay gap is now the biggest it has been for 10 years.

McGregor argued that there is everything for the Labour Party to gain from working towards gender equality.  She pointed out that, while NZ doesn’t have a clear gender voting pattern, we can learn from the recent US election. There was an 18% positive swing of female voters for Obama. McGregor’s proposed new approach to MP equality includes:

This is great as far as it goes, but it fails to deal with the underlying framework that restricts women. Parliamentary politics is still carried out within a masculine framework.  Women in positions of power have to represent themselves as being tough, but not so masculine as to upset conventional gender expectations.

This was exposed when McGregor described the mentoring proposal as a “stiletto camp” in contrast to a boot camp.  My immediate response to that was – nah; yeah; nah.  This draws on an acceptable femme fatale image of a powerful, but sexualised, woman operating in a restrictive masculine space.  It doesn’t challenge the masculine rules of play, but accommodates to it.

Unfortunately those masculine rules of combative play are everywhere to be seen in Question Time and MSM political coverage.  The current Labour Party leadership is strongly operating within these terms of engagement: it can be seen in the way they have “dealt to” the LP members pushing for democratic change, and to Cunliffe’s leadership ambitions.  It can be seen in Shearer’s tough guy plays, in his attempt to stamp his authority on the caucus and membership, over the last week.

For women to again be among the leading players in the Labour Party, this style of politics needs to change, not just the gender quotas. Generally speaking, a significant proportion of women prefer negotiation, networking and 2-way communication over the stamping of authority from above.

In focusing on the pay gap, McGregor focused on the paid workforce.  While this is in crucial need of attention, she also neglected the underlying framework, in which women are still preferred in caring roles, paid and unpaid, and which are given low status by society.  McGregor drew on her undercover experience, working in age care facilities. This low paid work is largely done by women for less than $14-15 per hour.  Nurses create a positive caring culture, but earn less than employees with similar qualifications, doing similar work in other hospitals.  McGregor described it as a “form of modern day slavery”.

McGregor said a report on age care work got a positive reception by a lot of potential voters, including 40,00 carers.  Pay parity for carers is a fundamental human right and is affordable, costing about 1% of the total health budget over 3 yrs. McGregor implicitly compared Labour’s worker-friendly approach with that of the Key government, when she said:

Surely we don’t need to ask Warner Brothers for permission on this one.

McGregor encouraged the Labour Party to promote itself as THE party to bring possible change for women and their families.  A worthy ambition.  However, at the moment the Green Party are well ahead of them on this.  50% of their women are MPs, and they, along with Mana have led the campaigns against poverty. They have not just focused on the paid workforce, but have actively campaigned for all low income households – beneficiaries and the employed.  They haven’t set this merely as a goal, but MPs like Hone Harawira and Metiria Turei have been out on the streets campaigning along side those with least power.

Unfortunately, in spite of the gender equality in numbers, The Greens have also been sucked into the masculine framework strengthened by NAct and the MSM: Russel Norman is now being portrayed as the de facto leader of the Party, while much of the important leg work is being done by women MPs.

It is the underlying macho, game-playing culture of political engagement that needs changing, along with the more obvious need for gender equality.  The changes required include the need for more democratic processes of political engagement, genuine communication and negotiations.  This should be linked with the need for wider cultural change, in which paid and unpaid caring work is given far more status.

121 comments on “A problem of “masculine” values ”