Written By: mickysavage - Date published: 8:56 am, May 22nd, 2018 - 34 comments
Categories: act, david seymour, housing, the praiseworthy and the pitiful, you couldn't make this shit up - Tags: 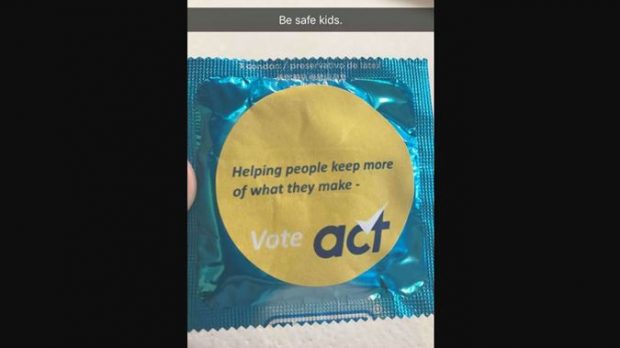 What do you do when you are the parliamentary leader of and sole Member of Parliament for a party disappearing in the polls and totally dependent on National giving its supporters a nudge and a wink to get you over the line.

Apart from being embarassed that you are so reliant on others for your livelihood when you head a party that preaches self sufficiency you get out the dog whistle.

Blow really hard about how some poor people who need our support and somewhere to live may have mental health problems.  And hint some of them may be homicidal maniacs.  And rely on coarse human instincts to whip up a bit of hysteria.

This is exactly what David Seymour did recently.

Act Party leader and Epsom MP David Seymour has been accused of fuelling prejudice after he sent a letter to constituents warning that tenants in a new housing development could have mental health issues.

Seymour stands by the letter, saying that the social housing development had a history of anti-social behaviour and he was “telling it like is”.

Housing New Zealand (HNZ) has applied to the Auckland Council to replace a rundown residential building with a five-storey, 25-unit complex on Banff Ave, Epsom.

In a letter to residents, Seymour invited them to voice their concerns at a public meeting and said the development would put pressure on local infrastructure.

He added: “There is also a chance that some of the future residents will have social and mental health issues who will need to have special support measures in place.”

The public meeting on Thursday was a fiery affair, and Seymour was forced to step in after residents became furious at HNZ officials.

The redevelopment is planned to house small families and elderly residents.  It is one of many that are planned throughout Auckland.  There is nothing unusual about it.  This is what a responsible Government does when there are New Zealand citizens who otherwise would have nowhere to live.

Shame on you David Seymour.