Does this royal wedding mean anything? 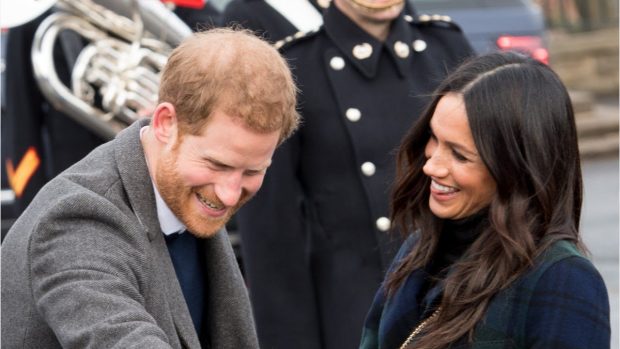 Once upon a time, there was a fairytale in which the perfect boy met the perfect girl and got down on one knee and pledged everlasting devotion with a fat diamond rock and had an enormous wedding. Boy, meets girl, in the World Series of Love. She is a Queen, he is a Prince.

On the positive side, our own Prime Minister is showing how unnecessary marriage is to having a baby within a successful relationship. You know you are on the right track when even the New Zealand Police – that most notoriously hidebound and morally conservative of institutions – comes out and defends an unwed partner and father-to-be from mere rumour, an event I have not seen ever before.

On the negative side, the idea of marriage is not helped when it is trashed live before a studio audience with such televised wonders as Married At First Sight.

And it’s a useful measure of weddings as debased spectacle when finding the right wedding dress needs its own (very popular) reality show.

In fact wedding television shows have an entire Wikipedia category all of their own.

So in analogue reality we are less and less convinced that marriage has relevance to us, yet in our entertainment and digital imaginations, these great theatrical spectacles have a powerful place for ritual and social cohesion in so many of our lives.

Such pure spectacle of idealised relationship is vital. It unites us – or at least the female half of us – more than the Rugby World Cup ever did or could.

The impending marriage of Prince Harry and Megan Markle has no official political content at all. Once married they will be a full-stationwagon-over-a-cliff away from royal succession.

It will have little pageantry. No politicians – not even the British Prime Minister – have been invited.

Fifty years ago this impending royal wedding would still have been a vital instrument in foreign-policy ambition. Just thirty years ago with Princess Diana, the United Kingdom had an outstanding international ambassador. (If you want to get a mere glimpse of the beatific heaven of the circumstances of our own Governor-General’s places, see if you can get a sneaky peek over the high fence of the Governor-General’s houses in either Auckland or Wellington. Like Little England encased in aspic. And yes, I can attest from going to an investiture last week, they do still serve cucumber sandwiches.)

It was but a century ago that English royal weddings were a carefully calibrated international diplomatic exchange that secured important alliances. They were the way deals were done.

Sic transit etc … the Queen will die soon. Prince Charles will take over.

In the Queen’s firm 70-year tradition he will be resolutely distanced from political affairs and have almost no political opinion of his own.
Leaders are symbols that we look up to in society, and without official political content we fill them up with our projected ideals regardless. But other than in the clothes they wear, and a few temporary magazine covers, these two lead nothing.

Royal Weddings. Sigh. Prince William’s opinions are largely unknown, though he has followed his mother Diana in many of his charitable activities. As for Harry and Meghan, they have advertised the now wholly unpolitical significance of their marriage by refusing to invite any politicians to it, not even the British prime minister.

Prince Harry’s opinions are largely unknown. But he does know how to party.

The best this couple could do is renounce their titles, lives as rich citizens, and devote their lives to charity like all the good rich should.

38 comments on “Does this royal wedding mean anything? ”