Written By: notices and features - Date published: 8:30 am, April 24th, 2016 - 22 comments
Categories: journalism, Media, the praiseworthy and the pitiful, you couldn't make this shit up - Tags: jim parker, media ethics, the failed estate 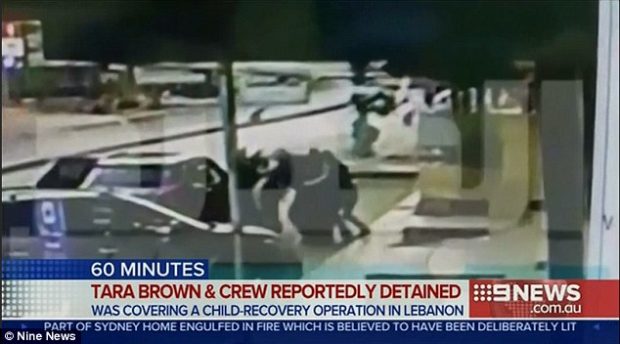 Reprinted with permission from the failed estate.

Watching the scandal over 60 Minutes’ apparent complicity in a violent child abduction in Lebanon, I’m struck by two things – the cynicism of Channel Nine in using a child custody dispute for ratings and the complete ignorance of journalistic ethics among its defenders.

It’s depressing that supposed professionals need to be reminded of this, but journalists are supposed to be witnesses to the news, not creators of it. They are supposed to cover the story, not be the story.

It’s true that tabloid television “current affairs” shows like 60 Minutes have always put the theatrical possibilities of the medium ahead of the journalistic imperatives to the extent that the “stories” are as much about the glamorous reporters as they are about their subjects.

But the calculated fakery, carefully constructed set-ups and sing-songy pieces to camera were easier to accept when they merely involved Liz Hayes making moon eyes at (gay) Ricky Martin or Jim Whaley doing jowl-trembling stand-ups in a flak jacket (with price tags still on) from the rooftop bar of a central African Hilton, having been flown in that afternoon.

The news-as-entertainment thing we get. But bankrolling a desperate mother in a bitter custody dispute to fly to the Middle East, hire a gang of thugs to snatch the children away from their own grandmother on the way home from school takes the participatory news thing just a tad far.

In recent days, Nine’s PR machine has been rolling out its “personalities” to somehow characterise the effluent coming out of this broken down old relic of a TV station as somehow related to actual journalism. Here’s Karl Stefanovic, who after a quick Google search on the definition of journalism, told us that Tara Brown and her producers had the most noble of motives.

“Journalism – by definition is the work of collecting writing and publishing news stories and articles. Who, what, when, where, why are the cornerstones of journalism. It’s brilliant in its simplicity and it’s so easy to remember. Armed with those tools we go out into the wide world and ask away. At its most basic, we inform. At its best, it’s powerful. We can expose the wrongs. We can make a difference. It all though starts with a question.”

Well, here’s a few questions for you, Karl. What financial role did Nine play in facilitating the kidnap in Lebanon? Is it true that the network paid a dodgy London-based child abduction recovery service $115K to snatch the kids in the street? If Nine’s first concern was the poor mother, why didn’t you advise her to go through the Australian government?

But Nine doesn’t want to answer those questions because Nine and its heavily hairsprayed stars still live in an ancient Goanna time when the public could be expected to remain complicit in their own manipulation by “journalists” whose first responsibility is to their prime-time advertisers.

It is also very, very hard not to see the racial undertones in this case. A blonde Australian woman denied her custody rights by a swarthy man of Middle Eastern appearance. It just ticks every box of the low-to-middle brow demographic Nine targets with 60 Minutes, a show whose format hasn’t changed in 35 years.

Dollars-to-donuts that when Tara Brown and the crew are let out, we’ll be treated to Midnight Express-style “Tara’s Torment” stories for months both from Nine and the limpet-like, dimwitted magazines which act as its publicity arm.

In the meantime,  I find it incredible that defenders of Brown and her crew cannot see the ethics breaches in this case. The children were exploited, mistreated and terrorised, the “money shot” of the abduction was clearly set up by Nine, the mother was manipulated and the racial component was played up.

Oh, and in case you missed it, they broke the law.