Pansy Wong in the House on Wednesday on the gender wage gap: “It was the case that the gap was between men and women was at 12% since 2001. After 18 months of the National Government the pay gap is now 11%.” 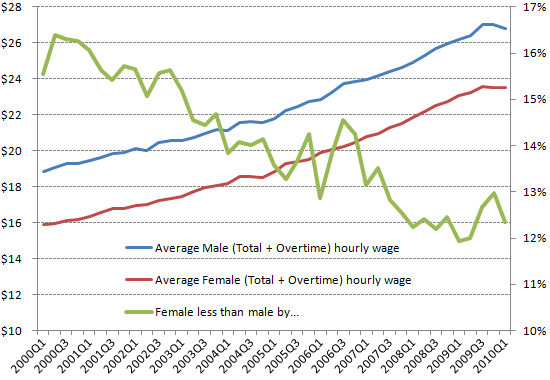 Hmm. Looks like Pansy Wong is full of crap. When are these Nats going to learn that in the age of the Internet and publicly accessible statistics you can’t just lie and expect to get away with it?

Incredibly, Wong goes on to give the credit for this closing of the gap to the Government 2010 Budget – that’s right the wage gap in the past is affected by something (exactly what, we’re not told) in the Budget for the 2010-11 year. A Budget that hasn’t even started yet has affected the past.