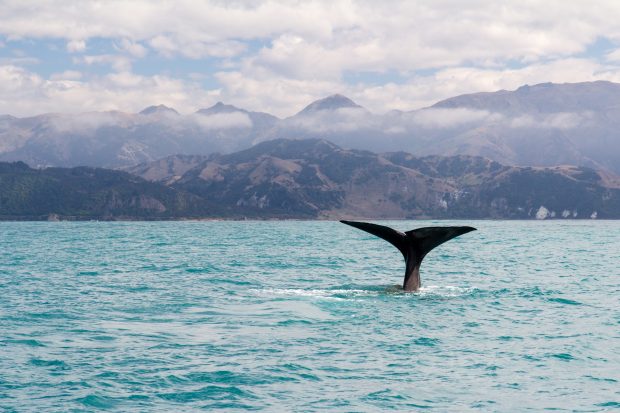 Only three months ago our media were lauding the visit of total Tolkein obsessive and massive U.S. entertainer Stephen Colbert.

Now the new Tolkein series is stopped and the studios shut for now. Along with all tourism completely.

With the severity of the tourism downturn just beginning to reveal itself and flights unlikely to come back to a full schedule until September from most American and European markets, and likely reduced for years from China, it’s a different story.

We had 3.8 million international visitors arriving in New Zealand last year, and parts of the country were beginning to complain with levels of overcrowding, human waste, and other environmental damage. The need to close the Mermaid Pools in Matapouri earlier this year – that’s a classic of its kind. Locals were just so fed up that they had to put a rahui on it. Notably the new Maori governance of Auckland’s volcanic cones has meant a much better experience of them for visitors and locals alike: they are a lot batter at it than Auckland Council ever was, so there’s a lesson in assertiveness about tourist impact there.

If anyone’s tried to do the Tongariro Crossing in the last decade, well, that’s an object lesson in a completely degraded experience. At least with the other Great Walks they manage it with passes, limits and fees.

And then there was the real estate gold rush of Queenstown, Wanaka and Cromwell based around the boom effect of proximity to Queenstown Airport. Soon you will be able to stand on top of Mt Iron or Coronet Peak and see the current town perimeters as the high-water mark of development pushed by tourism.

The demand for worker housing to serve the tourism industry will almost vanish.

We rode the gold-rush for too long.

The boom is over and tourism is into a brutally hard reversal. We’ve seen negative trends in daily spend and average number of nights spent trends coming for years, such as in the MBIE report from 2013-2019.

I know it’s mean to quote any historic forecast within a sectoral economic strategy right now. But actually many of the elements within the following from the above report may still hold true:

Slow moving structural forces are very much in favour of New Zealand. The centre of the global economy is moving closer to New Zealand as Asia and Africa develop on the back of industrialisation and urbanisation, which will increase the income of a large and youthful population. They will spend more on discretionary and luxury products like tourism. The product offering and engagement for these markets needs to be well aligned to what these visitors want to maximise the potential for New Zealand’s tourism sector.

People from advanced economies have been the main visitors to New Zealand. But these countries’ populations are getting older and their populations and economies will grow slowly. Japan is an excellent case study of an ageing population. Japan is still an important market for New Zealand, but older people tend to travel less and there are fewer younger people, who do travel. This is a risk for the tourism sector.

The long term outlook is positive, particularly from emerging markets like India and Indonesia. Their populations are large and youthful; as their economies approach middle income, demand for travel to New Zealand will soar. These emerging markets present the largest long-term growth opportunities.”

It’s just that we might need to wait five years for those statements to become visibly true again. True the events planned for 2020 such as the Americas Cup and APEC and all the others will give a good boost just as the Rugby World Cup helped push us out of the effects of the GFC. But the events may all be delayed many months into 2021.

The New Zealand government through its tourism agency within MBIE have been setting out a strategy towards gaining more value from tourists
for some time.

So they are fully aware of the need to enable richer, better-spending tourists who stay here longer. It just didn’t alter the industry much.

But we are in the definition of a Black Swan event, for which strategies aren’t usually formed (other than in the Business Continuity sense).

We won’t have to worry about over-tourism any more.

What we can rely on is that our brand is good: we still have the things that people love to come all this way to see. We’re like Patagonia except with more fun, or Iceland and Tromso except we’re an all-season destination rather than a 3-month window. And we’re safe – which is getting more and more important as a choice factor.

The people who will choose to fly or cruise here once this crisis is somewhat settled should be people who make this a once-in-a-lifetime destination only. Unless you can get a four-star rating on your hotel minimum, or a 90% reading on your AirBnB responses, just for God’s sake stop marketing your place to tourists. You’re the wrong choice.

Air New Zealand could cancel half its economy seats so that it’s targeting only the rich who can spend more time and more money, and they know that they’re not going to crowd us out or leave their crap in our streams. Sure, we minions may never be able to afford to stay in Blanket Bay, Huka Lodge, Kauri Cliffs or Helena Bay or renting out The Crib for a season.

But theres no point envying the 1%, so let’s concentrate on taking their money as they enjoy us doing that.

One may well say that this is simply pandering to the massively rich, and in fact begging the 1%ers to save our largest economic sector.

So to be clear: yes I am, largely. We can begrudge their wealth all we like, but we need to find better ways to get those who are bet placed to ride out this very hard recession we are going into, to part with more and more of their salted cash right here.

Mass tourism has seduced us into believing that bulk volumes of people should triumph over quality. It doesn’t need to.

This coming year is the year we take stock of the natural good of our country and price it far higher, for our own good.