I wrote in August, in The fragility of our food supply,

A comment was made recently that no-one gets paid $100,000 growing permaculture kale, and this is the income needed for a house. It was a throwaway, dismissive comment so I’m not linking to it, but it was in the context of job creation and my position that we have an opportunity this year to create sustainable jobs not just replacement jobs as fragile as the ones we’re losing. We also have an obligation, because this isn’t the last pandemic we will face and we also have the climate and ecological crises on the horizon as well as Peak Oil, GCF and so on.

An episode of Country Calendar last year was a master class in sustainability and regenerative horticulture and economy. Sustainable here refers to whole systems that are designed around certain principles such as closed loops and zero waste, whereby the system can sustain itself indefinitely without being overly extractive or creating problematic waste.

Regenerative refers to the capacity of such systems to restore biodiversity and fertility over time, particularly the soil.

The Country Calender episode was about young Thames couple, Yotam and Niva Kay, who are market gardening on the farm they co-own with the late Jeanette Fitzsimons and her husband Harry Parke.

Some highlights of their venture: 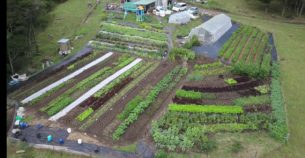 They work hard, and long hours, and they get extra income from teaching organic horticulture and permaculture. Part of the regenerative system is sharing knowledge so that other people can also grow food and create ways of making a living.

Their produce is sold locally, to restaurants and farmers market. This lowers the cost to our carbon budget compared to food that is grown at the other end of the country or overseas, and also sidesteps the conventional supply chain that often ships food over the same distance twice. More money stays in the local economy.

One of the major impediments to relocalising food and supporting regenerative agriculture and horticulture is the current market values on land. In the absence of a government prepared to resolve the housing crisis anytime soon, one of the work arounds is for people to share land.

In this case, Fitzsimons and Parke sold a half share of their farm to the Kays. This is mutually beneficial. Fitzsimons,

“Practically, it means that when the water supply goes off there’s someone to go up the very steep, awkward track to fix it for us,” Fitzsimons says, “but, more importantly, there are three generations living on the land and that’s how we like it.”

This values based. These two families are re-establishing family farming, where commitment to land and growing food is prioritised over realising capital gains.

There are obviously degrees of financial privilege involved in that set up, so we need additional models of how people without assets can make a living from small scale farming.

The episode of Country Calendar is on youtube (24m), and this shorter crowdfunding video from a few years ago shows some of the set up and the markets where they sell,

Fitzsimons mentioned the problems with the Food Act and how the work involved in compliance far outweighs the benefits for small producers (in Fitzsimon’s case it was paper work, but it can also be things like excessive costs involved in specialist inspections). This is a common theme across NZ, arising from regulations designed around large producers. What needs to happen here is a tiered system of regulations that balance safety with encouraging small growers.

Small scale market gardening doesn’t need to replace large farms, but is an important component of food security. We still have international obligations to produce food for export, especially because of climate change. It’s reasonable to secure our own food supply as well as looking at sustainable production to assist other places that will no longer be able to grow their own or that have periodic shortages.

From an interview in June,

Niva: There’s also a lot of misunderstanding and conflict within this industry where people think you need to grow large crops with a lot of land, but in our studies we focus on producing more food, of better quality, in more efficient ways – where huge land mass isn’t required.

Yotam: We wanted to take the challenge to see how much food we could grow sustainably on a small plot and see how we could make a livelihood from that. We wanted to prove a point in a way – that it can be done – and actually, it has to be done.

Fitzsimon’s and Parke’s generation were able to buy their farm when the price of land made some kind of sense in relation to income. No longer true, at some point New Zealand will have to lower current land prices, it’s simply not possible to create jobs in a sustainable and regenerative climate change world that are paid well enough to keep up with a neoliberally driven property market. But people shouldn’t wait for this and we urgently need new models and regulations that enable people to own land collectively.

An additional problem here is the housing crisis push for building more suburbs and not paying attention to the ecological or regenerative value of the land. We have to stop building on top of fertile land, and instead adopt an integrated approach where food security, housing, local jobs climate action/mitigation, and the economy are seen as part of the same picture. 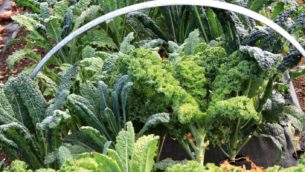