Mainstream media yet again aiding and abetting the character assassination of whistle blowers.

Should we let the ‘Bumbling Jihadi’ Mark Taylor back into NZ? What message do we send the world if we don’t?

People from Douma have been to The Hague and spoken of their experiences on the night of a supposed chemical attack by Syrian forces.

May claimed she couldn’t wait until Monday before unleashing compassion on Syria on Friday night. Which brought a line from this to mind….

What the hell are Macron, May and Trump playing at?

Can we have some sanity please?

On how states in conflict, have seemingly and nevertheless, managed to share in the likely or possible creation of one common goal.

From the Opposition Labour Party, a rare instance of common sense and intelligence on display with regards foreign relations.

Black is White. Up is Down.

Media have a role to play, apparently…

The dirty truth behind many of the wars that our political / media world gets itself so excited about is that they wouldn’t be happening without the arms that we (the “western” world) sell so copiously.

“We expect and deserve cooler heads than this from our global leaders.”

Well…don’t know about you, but I’m feeling like I want to throw up.

All the “nobody” people.

The Briefing Papers: NZ’s time on the Security Council

The Briefing Papers assesses NZ’s time at the UN Security Council, which came to an end on 31 December. Here are extracts from pieces by commentators Grant Duncan and Paul Buchanan.

Defence Minister Gerry Brownlee says our training mission to Iraq is undergoing a transformation. We were warned when the troops first went that the mission was always intended to be looser than Brownlee publicly claimed at the time. And so it has turned out to be.

Under the rubble of lies…

The military mission to Iraq is to be extended by another 18 months, much to nobody’s surprise. John Key has put the creep into the mission.

Turkey is in trouble and the US is part of it

The Middle East temperature is heating up and Turkey is finding itself in trouble on many fronts.

Turkey has started shelling the US backed Kurdish forces that are fighting against ISIS. What could go wrong?

Russia is backing anti-Islamist Kurds in Northern Syria to control their own territory, and acting directly against the interests of the jihadist groups that Turkey, a NATO member, is supporting. The temperature will only rise from here. 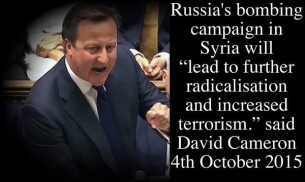 International law and the Turkish shootdown of the RuAF Su-24

Assuming the Russian jet did enter Turkish airspace for 17s, was there really no recourse for  Turkey other than using lethal force?

Corbyn – no convincing case for UK bombing of Syria

An alternative view to Te Reo Putake’s post concerning Jeremy Corbyn and the bombing of Syria.

UK Labour Leader Jeremy Corbyn faces his first big test. Can he command the majority in Labour over Syria? Or should he accept he is on the wrong side of history?

Late yesterday Turkey (a NATO member) shot down a Russian jet, either inside its airspace (Turkey claims) or over Syria (Russia claims).

PM please explain, what the hell good would sending a few Kiwi ground troops to the ongoing disaster of the Middle East achieve? Is it the whole cost of being in the club thing again?

Bashar al-Assad and other Bastards.