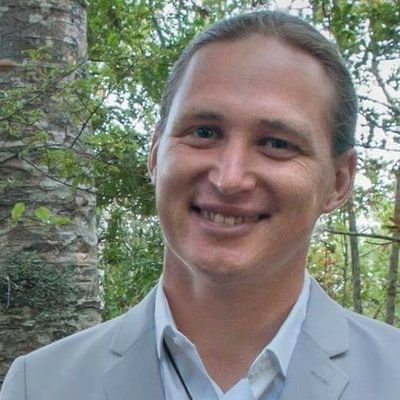 Michael Tavares is a young man who has residence in New Zealand and wants to become a New Zealand citizen so that he can be a Green Party candidate in this year’s Parliamentary election. He is a kiwi through and through. He recently married a kiwi woman. He has lived here for a number of years. He celebrates the beauty of our country and is very keen to preserve our environment.

There was one problem with his application for citizenship. He has a criminal conviction within the past three years and under the Citizenship Act could not be granted citizenship unless he persuaded the Minister of Internal Affairs that there were exceptional circumstances relating to the conviction.

He has a conviction for trespass, which on the scale of things is one of the least serious offences under New Zealand law. The circumstances of that offence are that a magnificent 500 year old Kauri was being threatened with being felled. Michael set up home in the tree for a few days to make sure that it was safe.

His offending was in keeping with all notions of peaceful non violent protest. And it was successful. The tree is still standing today doing what trees do by beautifying the area, sequestering carbon, providing a home for birds and holding Titirangi’s steep hills together. When agreement was reached with the people who wanted to fell the tree Michael climbed down and transported himself to the New Lynn Police Station and handed himself in. Greater cooperation with the authorities is hard to imagine.

He then appeared in court and pleaded guilty to the charge. But for the negative attitude of the complainants he should have received a discharge without conviction and then been granted citizenship. As it was he was convicted and put on good behaviour for 12 months. No further penalty was imposed.

But this Government has refused his request for citizenship.  He can apply again next year and the ban will not then apply but this is not much consolation to him as he needs to be a citizen to run for Parliament.

His treatment should be contrasted with that of another person who not so long ago applied for citizenship.

Peter Thiel is a very wealthy American. He likes New Zealand and following his grant of citizenship bought a large piece of land in the South Island presumably as a bolt hold in case post Trump America implodes.

This New York Times article provides some background. From the article:

Mr. Thiel, worth a reported $2.7 billion, was a founder of the online payments site PayPal and the data company Palantir. He secretly funded the lawsuit that killed off Gawker, the network of gossip sites that outed him, accurately, as gay.

When Mr. Trump won, Mr. Thiel emerged as a key adviser. He has spent much of the time since the election in New York, advising the transition team. His recommendations are under consideration for significant jobs.

As a byproduct, he has become famous, a fate many of his peers in Silicon Valley would go out of their way to avoid. Mr. Thiel has been reported as a possible Supreme Court justice, as a potential candidate for governor of California, and, most recently, as President Trump’s potential ambassador to Germany.

Mr. Thiel’s admiration for New Zealand is longstanding. “Utopia,” he once called it. He has an investment firm in the country that has put millions into local start-ups. He also owns lavish properties there, which his Silicon Valley friends hope to fly to in the event of a worldwide pandemic.

He is willing to help his fellow humans, as long as they are also rich.  He once described incidences of date rape as belated regret.  He has some strange views.

Even though he did not meet policy requirements, specifically he did not even live in New Zealand, he was granted citizenship by Nathan Guy in 2011.  From Radio New Zealand:

Mr Guy, who was the internal affairs minister at the time, said Mr Thiel was granted citizenship under a provision of the Citizenship Act that stated it would be “in the public interest due to exceptional circumstances of a humanitarian or other nature”.

However, he said he did not recall dealing with Mr Thiel’s application.

“As minister I tended to follow the advice of DIA officials on these issues; I’m advised officials recommended granting citizenship in this particular case.”

Thiel’s treatment was exceptional.  The only other occasions this Ministerial power was used involved two unborn babies.

These examples provide a perfect example of how this Government works.  If you are rich and right wing the welcome mat is rolled out.  If you are passionate about the environment they will do nothing.

52 comments on “This Government’s citizenship priorities ”