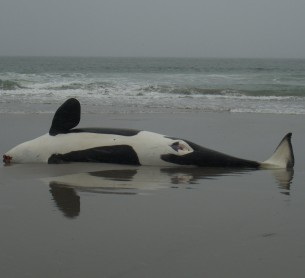 One of the names that the self-inflated blogs who consider themselves to be the “taste police“1 give us is the unimaginative juvenile name of “The Stranded”. Typically this is when they are writing a silly post trying to tell us why we should think like them2. Anyway I thought I’d give them some real bad taste to moan about in a Friday Fun post.

The gotcha blogsite has really has become the benchmark site for regarding fiction as being the new reality3. We actually try to check our facts. But there they are regarded as being an inconvenient impediment to the truth, in much the same way that Whaleoil likes to over-rule judges.

Last week a newish and probably very temporary author, The Frontrower, wrote a post that has all of the gotcha hallmarks. It is silly, pretends to display political acumen, and is wildly inaccurate. What The Frontrower said was

Quote of the week goes to Sonny Blount, Labour Party activist, oppo­nent of the reduc­tion in back office pub­lic ser­vants, tax cuts and no sup­porter of the cur­rent Gov­ern­ment. Over on the Stan­dard blog, he com­mented on a post about how the res­cue work­ers need more bureau­crats, not less — politi­cis­ing the earth­quake response.

This thread is the low­est class thing I have seen in NZ in the last 24 hours.

Short of the looters.

This might be the only time I get to say this: I agree with Sonny.

This puzzled me for a while because the “Sonny Blount”4 who comments on our site does so from a distinctly right persuasion and has never claimed to be a Labour Party activist. But one day when I was really really tired I started to think like a gotcha author. This requires a straight line logic that ignores all evidence except the desired outcome. I usually refer to this mental process as the totally obvious way of doing calculations where 1 + 1 = 11.

With the required dumbing down in place, I realized The Frontrower thought that “Sonny Blount” was the labour activist Sonny Thomas. After all they both had the same first name

Duh! Maybe WhaleOil should apoligize to both Sonny’s on behalf of The Frontrower. Ironically the previous post by this author was titled “Hungry for honesty in reporting“. Since gotcha were informed by a comment by La Grande Fromage that they’d cocked up on the 28th and didn’t even update their post, clearly they don’t practice what they preach.

1: Taste police – Kind of bitchy, vindictive, and mildly vicious like the fashion police, but with a lot more Mrs Grundy. Have a self-inflated sense of their own importance. Ineffective except when talking to adherents to their wee cult. Can be safely ignored. It isn’t hard to be one, you just have to never ever look at your own behavior. This post is written in the Cactus Kate style so you can see what I mean. I’m not that good at it *sigh*

2: I guess everyone is entitled to a unrealistic dream. Their dream appears to be that there should be complete personal freedom – provided everyone is like them. Probably explains why they seldom manage to have more than one author on a blog at a time – the cooperation is too much. I was quite surprised to see that WhaleOil had managed to get someone else writing there and that they’d managed to last more than a couple of weeks.

3: Gotcha deserves the name “The Stranded” far more than we do. It expresses their alienation from reality quite well.

4: Is this a real name or a psuedonym? I don’t know and neither do I care. I just read the comments under this handle which are sometimes interesting and sometimes not. Sometimes they have facts and links of interest, and sometimes are clearly just personal opinions.