Former intelligence agent Chelsea Manning has been jailed for refusing to testify before a Grand Jury investigating WikiLeaks. 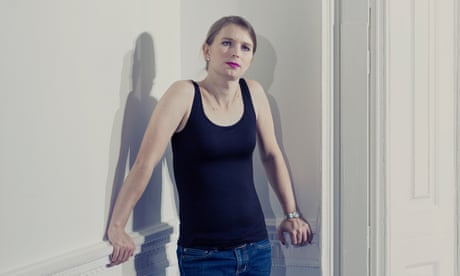 US district judge Claude Hilton held Manning in contempt of court and ordered her jailed after Manning confirmed she will not testify because she objects to the secrecy of the grand jury process.

Manning says she already revealed everything she knows at her court martial.

The judge said she will remain incarcerated until she testifies or until the Grand Jury concludes its work.

Manning released a statement in which she said she “will stand by my principles. I will exhaust every legal remedy available.

“My legal team will challenge the secrecy of these proceedings and I am prepared to face the consequences of my refusal.”

This is daft, of course.

There are no obvious or compelling principles involved.

The American Grand Jury system involves closed door hearings. The prosecutor presents evidence, then the jury decides if there is probable cause for a trial to commence.

The Grand Jury does not make a decision about guilt, but it can effectively find a person innocent by refusing to accept there is probable cause. In the latter case, the secrecy is helpful to the wrongly charged; the false claims do not see the light of day and the person accused can resume their life without ‘no smoke without fire’ gossip following them around.

It’s not the system we use here. In fact, it’s almost unique in the world.

But it’s in the US Constitution, it’s been used for centuries, and it seems to work for the Americans.

If Manning wants the system changed, she could try democratic means.

But allowing herself to be jailed on a principle that does not appear to exist is foolish in the extreme.

And it’s allowing herself to be re-victimised by Wikileaks.

Speaking of the anti-democracy, pro-capitalist organisation, their response was a meisterwerk of doublespeak:

“This is America, 2019: A secret trial against a source for refusing to testify against a journalist.”

Get that? It’s all about Assange, not Manning.

In the real world, it’s journalists who get jailed for protecting their sources. But for St Julian, it’s all about protecting him.