Once again we’re witness to the horrendous images of starving people arriving at refugee camps in east Africa, with nearly 12 million people facing starvation across Ethiopia, Kenya and Somalia.

3 million of these are in dire need of clean water and food and are typically located in the poorest regions of the three countries. Many have walked for weeks to get to the camps, carrying children and a few possessions. In some cases, older people have been brought in wheelbarrows or in makeshift carts.

In May this year it was announced that Australia will spend an extra $A500 million on foreign aid in the coming financial year. Funding would also be increased for climate change and environment programmes, and an extra NZ$158.8 million would be spent over four years to boost education in the Pacific. Foreign Minister Kevin Rudd says Australia is on track to increase foreign aid spending to 0.5% of gross national income by 2015-16.

This is fantastic news considering that the global population is increasing and further expenditure will be required to avert food shortages and widespread starvation. However that’s where the good news ends…

The internationally agreed target for Government spending on aid is 0.7% of gross national income. In contributing just 0.23% to aid last year, New Zealand languished near the bottom of the developed world.

In march 2009, National’s Foreign Minister Murray McCully said that New Zealand’s foreign aid expenditure budget would not be reduced. I was hopeful that we could trust what he said, but unfortunately National then decided to cut foreign aid spending in the 2011 budget.

The 2011 Budget projects a drop in New Zealand’s overseas aid in the 2012/13 year to $570 million compared to $586 million. The National government is pushing out by two years its plan to increase foreign aid, now targeted for 2014, rather than 2012. Shameful!

What is worse is that yesterday, McCully announced that New Zealand will contribute only $1 million to the World Food Programme’s response to serious food shortages in the Sahel region of West Africa.

“Severe drought in West Africa has led to crop failures and stock losses which have put more than 10 million people at risk of malnutrition and starvation. The situation is accentuated by high food prices, and the fact that the affected countries are among the poorest in the world. New Zealand’s contribution will assist international efforts to provide life-saving emergency food aid in Niger, Chad, Mali, Burkina Faso, and Mauritania,” he said.

McCully does not care, he’s just another bean counter. After cutting foreign aid expenditure by $48 million, the best National can do is a miserly $1 million to help the nearly 12 million people facing starvation. That’s 0.083 cents for every starving person in this latest crisis.

It’s an insult to the impoverished African’s and the good people of New Zealand, who often personally donate well above the worldwide average to worthy humanitarian causes. Why is the National Government, that is meant to represent us, totally failing to do so in such a critical sector?

Such a contemptuous and pathetic token of $1 million shows just how heartless National is. McCully is paying lip service to a crises that National’s cuts in foreign aid expenditure has contributed to. McCully fails to understand just how pathetic his tokenism is.

According to the New Zealand Aid Program fact sheet:

New Zealand is a modest donor in Southern Africa. The New Zealand Aid Programme focuses on basic health and related aspects of livelihoods including: maternal and child health, nutrition, HIV and AIDS, and the associated livelihoods of vulnerable children, youth and women. As a modest donor, geographically distant from Africa, the New Zealand Aid Programme funds three non-government organisations (NGOs) and a United Nations organisation working in Zambia and Zimbabwe to deliver relevant programmes.

A modest donor in Southern Africa is a complete understatement. What is even worse is that National’s funding cuts follow McCully scrapping a previous funding mechanism for New Zealand-based NGOs working in international development back in April 2010.

He replaced them with a three-member panel comprising of National Party MP John Hayes, a National Party lawyer, Peter Kiely and the Chief Operating Officer for Rugby NZ 2011 Limited, Therese Walshe. None has worked in international development programmes but they certainly all appear to be closely associated with the Minister.

“It is ironic that the Minister scrapped a transparent, well-functioning scheme, saying he would put in place a programme with clear objectives and transparent administration. Instead, we now have three people making decisions as to how over $20 million in aid funding a year will be spent, but they have no understanding of how NGOs work with poor communities, or how to best measure this work,” said NZADDs spokesperson Jo Spratt.

New Zealand lags far behind the OECD member country average of 0.42% of gross national income on foreign aid. The government’s pitiful contribution is also out of step with the populace, who are generous when it comes to making donations from their own pockets.

All but six of the world’s most developed nations have set timeframes for increasing their overseas development aid levels to the 0.7 per cent target by 2015. New Zealand is one of the few that have not. This lack of foresight will result in more extreme starvation and increased impoverishment.

“The poor did not ask to live in poverty, any more than we are responsible for living in affluence. The fact that we do is a blessing, and with it comes responsibilities,” Sir Edmund Hillary wrote in 2002. 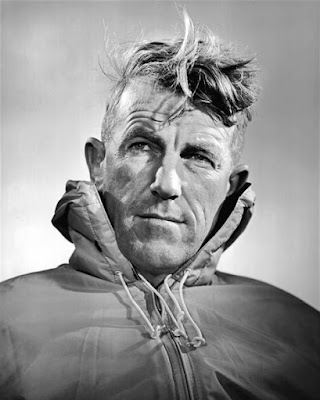