National is obsessed with dirty politics 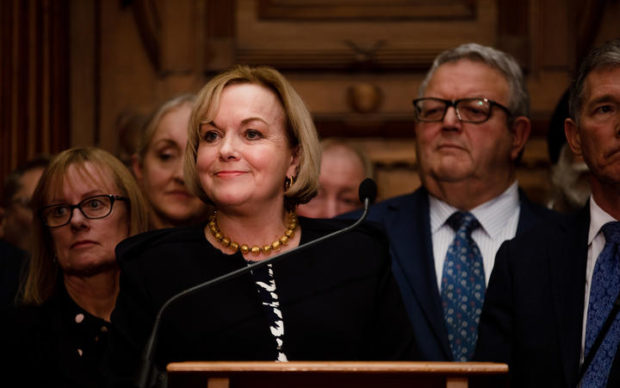 It seems they are still obsessed with it.

This weekend they had their back to school get together.  When faced with the media they had the opportunity to talk about the year ahead and what they were working on.  So what did they say to the media?

From Tova O’Brien at Newshub:

“We’ve seen a few of those recently coming from the Government side where they’re clearly distractions thrown out there so we could take the bait and keep off the things that really matter to New Zealanders,” said Collins.

But she wouldn’t explain how the Government has been baiting them.

“Oh I think you can tell that yourselves,” she said, though not really and she wouldn’t be drawn on any specifics.

Collins left it to her deputy to try and clear things up.

“Well, you have to wonder about some of the testing, some of the things that have come up, I mean you wonder if the dalliance at the hotel with the security worker, was that trying to drive us down a path? Maybe,” Dr Reti said.

So to be clear, Dr Reti is suggesting Winegate – the 20 minute rendezvous at a quarantine facility – was a cunning Government diversion tactic.

Poor National.  They hark back to the glory days where dirty politics dominated their behaviour and they still think that Labour engages in the same sort of activity.  Which is the only rational explanation for their claim.

The problem for them is that to suggest that a possibly romantic engagement in a hotel is part of an all of Government response to distract attention and to undermine the opposition is complete bonkers.

21 comments on “National is obsessed with dirty politics ”