Simon Bridges is totes relaxed about his leak inquiry 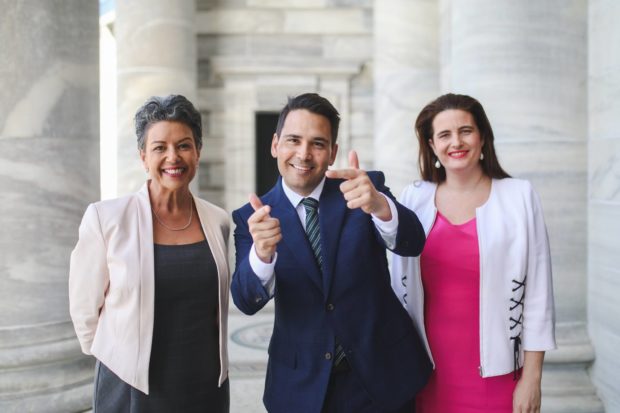 Refusing to release the results will cause National to be held in even lower regard than it is now. Sure it has its farmer gun tooting base intact.  For now.  But even its base will realise there is something really amiss if Bridges’ claim that this was a Labour conspiracy.  After all he used his magical prosecutoral skills and determined that it was all Trevor Mallard’s doing.  If he was wrong he should just say so.

The results of the inquiry have been promised for some time.  And if rumours are true the result will cause National all sorts of problems.

One matter that has always interested me is that the investigation covered the period going back to two weeks before Bill English stood down.  Could it have something to do with this confident claim by Lloyd Burr on Newshub that discussions on the replacement of Bill English were well advanced?  Sarah Downie admitted there had been leadership discussions although she was then shut down quickly afterwards.  Burr and Tova O’Brien work for the same organisation.

This week incredibly Simon Bridges said that he was totally relaxed about the leak.

National Leader Simon Bridges is no longer worried about who leaked his travel expenses.

His travel expenses, which were leaked earlier in the year,  showed he had spent more than $100,000 on travel and accommodation in the last quarter.

Trevor Mallard and Parliamentary Service staff have been cleared of any involvement after the Speaker commissioned his own secret inquiry.

He did so after hearing the National Party leader had been privately blaming him for the leak.

Bridges said there’s a number of possible sources of the leak and it could be anyone.

“The reality is, don’t get me wrong, I accept there is media interest in it but it’s not what I am focusing on particularly. It’s things like the tax to the Government, the spend of the Government they are the things I know matter to Kiwis.”

Yep.  It could be anyone.

The trouble is that Trevor Mallard’s masterstroke of a decision to call his own private inquiry which pretty well shows that the Speaker’s Office was not responsible for the leak leaves little doubt that the source was from National’s ranks.  And the time period used by the investigation leaves no other possibility.  Why would you require National MPs to divulge data to see who leaked information about dissent with Bill English’s leadership if you think the Speaker’s office was responsible?

Conjecture to the contrary is hot air.  This is a National leak and National’s problem.

Bridges handling of the announcement that Jami-Lee Ross was taking time out for personal reasons was very badly handled.  It was almost as if he was that devastated by the news that he was not able to express himself properly.

I apologise if I have spent some time blogging about this but I sense that the denouement will cause major damage to Simon Bridges’s leadership.  Basically because it will show that his judgment is poor and he is not fit to lead.