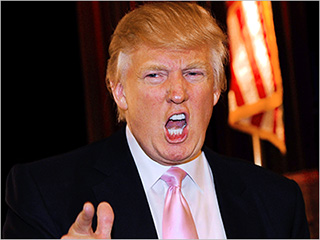 My twitter feed has been full of reports of the dossier released yesterday by Buzzfeed detailing Trump’s relationship and interaction with Russia.

My first response and the response of many was “eew”.  But then as further detail emerged the papers, if their contents can be verified, suggest that PEOTUS is completely compromised.

Two matters arise immediately.  The papers have already been with the Security Agencies for months and no doubt are being checked line by line to see if the allegations can be verified.  This process has now started publicly as the Internet adjusts to the information released. And of course the information should be analysed as a matter of priority. As pointed out by Psycho Milt in Open Mike Russia has been implicated in engaging in similar activity against other nations.

It is interesting that elements on the left as well as the right are already claiming that this is evidence of the Establishment trying to get rid of Trump. But if so then you have to ask why the FBI announced publicly that it was reopening its investigation into Hillary Clinton’s emails at the height of the presidential campaign. The campaign was that crazy that nothing can be guaranteed but if this news, fake or otherwise,  of Trump’s involvement with the Russians was announced before voting occurred anything could have happened.

He has had his first news conference since being elected.  And it was a doozie.

The applause that you hear is coming from rent a crowd Trump Staff members who were at the conference en masse.

What is true? Who knows. Although Trump complaining about fake news is rather rich considering that his campaign appeared to be built on fake news.

The media response to the release of the dossier has been interesting. The Washington Post has criticised Buzzfeed for overstepping the line. The New York Times has also been very circumspect in the way it has handled the issue.  Conventional media does have some bottom lines that the Internet does not.

The news is not all good for Trump. Washington Post’s analysis of the truthfulness of what he said at the conference put him in the pants on fire category.

This story is a slow burner and is going to take months to unwrap.

In comments please be respectful of each other.