Newshub’s poll has Labour up to 33% and Jacinda Ardern neck and neck with English in the preferred PM question.

The Herald has also leaked a second poll ending today:

The Herald can also exclusively report leaked results from the latest UMR poll, which finished today. That shows Labour has surged from 23 per cent a fortnight ago to 36 per cent. Support for the Green Party collapsed from 15 per cent to 8 per cent.

In the UMR poll support for New Zealand First dropped from 16 to 8 per cent. National went up 1 per cent to 43 per cent.

However, we need a strong Green vote too. Hopefully this dip is just temporary, a consequence of the frenzied attack on Metiria Turei. I’m sad and angry that she has been hounded into standing down. The risk is that a lot of those who were inspired by her will now say fuck it and not vote at all. That’s what those who were attacking Metiria really want. Don’t give it to them. Don’t get mad, get even. The Greens need you now more than ever!

MIHI AROHA, THANK YOU. I'm still here for you and we are going to take our country back!! The @NZGreens need you more than ever 💚 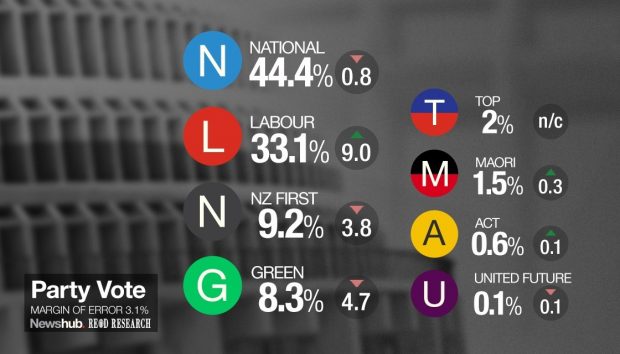 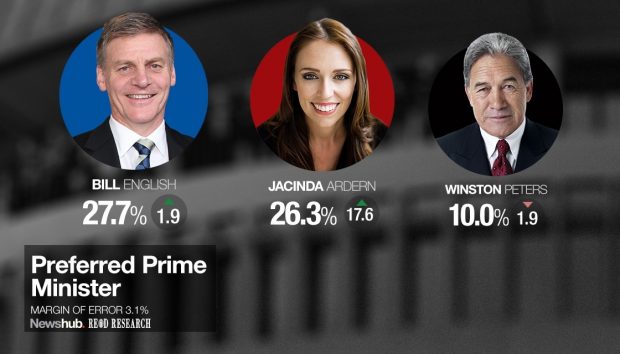