What to do about Palestine 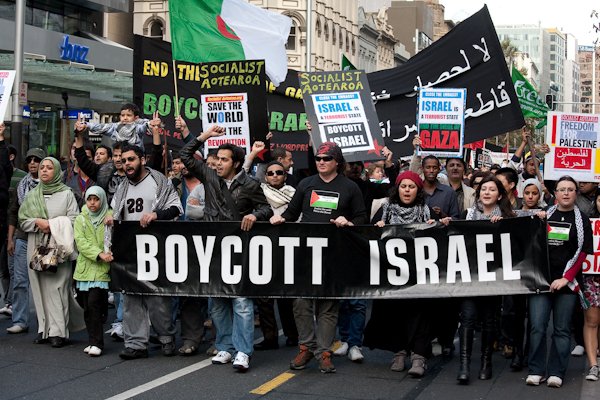 The atrocities in the Gaza Strip continue.

In the last few days in its attempts to take out Hamas the Israeli Defence Force has managed to:

Some of the individual losses are appalling.  Like the loss of Dr Ayman Abu al-Ouf who was head of internal medicine at Al-Shifa hospital and was killed along with members of his family in an early morning missile attack.

I would hate to see what would happen if it was not being so careful.

Al Jazeera has written about the attacks on Gaza in this exquisitely written prose which is damning in the way it tears apart the argument that somehow Israel’s attacks are humane.

Israel sends warning shots to Gaza residents so they can narrowly escape with their lives just before it destroys their livelihoods with bombs. The Palestinians should be thankful.”

New Zealand’s position on what was happening is set out in this statement:

We are gravely concerned at the escalation of violence in Israel, and the Occupied Palestinian Territories, including Gaza and are appalled by the growing civilian death toll and the large number of casualties, including children, caused by Israeli airstrikes and rocket attacks by Hamas. The reported number of civilian deaths in Gaza is especially distressing.

As a nation, we reiterate the need to ensure the protection of civilians including journalists and refugees, and join others in condemning the destruction of homes and damage to vital infrastructure, including electricity networks and water installations, particularly in Gaza. International law, including international humanitarian law must be respected by both sides.

The escalating violence and provocations of recent days have made it clear that without the concerted support and commitment of the international community, the hostilities will persist and intensify.

It is concerning that reported offers of a ceasefire may have been rejected in favour of continued violence and hostility.

The violence that has taken place cannot be excused. There can be no military solution.

All sides have a responsibility to de-escalate, stop the violence and prevent further suffering and loss of life.

We call on the Council to take urgent action to help end the violence and bring about a lasting ceasefire, and stand ready to assist in any constructive way we can to support these efforts.

Mr President, this latest cycle of violence occurs amidst a steady erosion of the viability of a two-state solution. The Council has a duty to act to preserve the two-state solution and advance the Middle East Peace Process.

That is why we took forward Resolution 2334 during our term on the Council in 2016, which condemned Israeli settlements as a flagrant violation of international law and reinforced the international community’s commitment to a two-state solution to the Israeli-Palestinian Conflict.

Aotearoa New Zealand remains steadfast in its belief that the seemingly intractable Israeli-Palestinian Conflict can be resolved, and that the two-state solution is the only basis to achieve sustainable peace.

New Zealand recognises that in the Middle East the only solution is a two state solution.  And it has taken principled stands in the past like when under the last National Government it co sponsored a resolution to the UN Security Council condemning Israel’s continued land grab of Palestinian land.  This caused something unusual to appear on the Standard, a post praising Murray McCully.

This did not go down well with Israel.  All ambassadors of the 14 Security Council members who voted for the resolution were summonsed to a meeting on Christmas day to be formally reprimanded.   Senegal had its aid suspended.  Further sanctions against New Zealand were threatened.  Things were really getting out of control when Netanyahu claimed that New Zealand’s actions were a declaration of war.  To its shame National then backtracked and apologised.

One matter that New Zealand needs to give further thought to is whether to recognise Palestine as an independent state.  Most of the world has.  North America and parts of Europe as well as Australia and New Zealand have not.

I am aware that there is some legal opinion saying that because Palestine does not have full control over any part of its territory it has not reached the position where statehood should be or has to be recognised.  But if we are to have a two state solution then maybe we should recognise Palestine now.  And remind Israel that the civilians of a separate state going about their business in their home territory should not be subject to deadly indiscriminate military attacks.

12 comments on “What to do about Palestine ”