Why NZX boss Mark Weldon should be smiling

That was the teaser line on the front page of today’s Herald Business section for this article by Liam Dann. NZX is the big winner among listed companies this year according to Bloomberg – 56% up on the year. Why? Asset sales. That’s why NZX shares have gone up this year, as Dann says. Prime Minister John Key revealed National’s plan to sell our assets in January.  January is when NZX shares started their rise.

Here’s the NZX share price movement for the year: 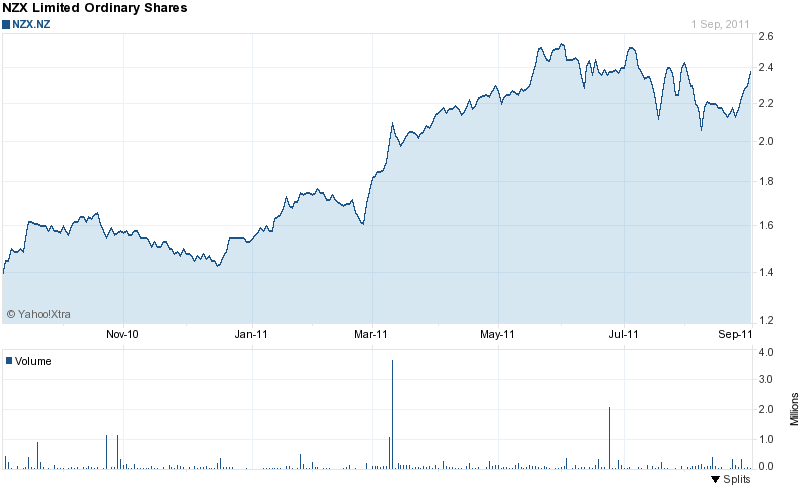 Mark Weldon has been pushing for asset sales for some time. He owns more than 6 million NZX shares. No wonder Weldon is smiling – that’s not a bad capital gain of $6million dollars in nine months.

He is one Dad who has already done very well out of asset sales, and just on his mate John Key’s promise.

9 comments on “Why NZX boss Mark Weldon should be smiling ”