Waiting for the other shoe to drop

The Collins Faction is tooling up again. While Judith Collins herself has been trying to present a more reasonable face in the House, her Slater/Lusk campaign team is trying to undermine her challenger, Joyce, and the incumbent, Key. Upping Tau Henare’s ridiculous run for Speaker is naked opportunism – but a closer read of Whaleoil, and some inside tips, point to a far more ambitious play on the way

It must be pretty sweet when your full-time job is to write 4 500-word columns of opinion a week. It’s even sweeter when you can use those 500 words to have a whinge at your critics rather than write about things that your audience, you know, gives a crap about. The weird thing about Armstrong’s article is it first attempts to refute the critics and then provides excuses. But, in truth, it’s a personal tirade. And the place for that isn’t a national newspaper column: it’s a blog.

So, this is what Key is reduced to: refusing to read the Police Report on John Banks so that he can avoid answering questions on it. Key’s circular position is that Banks will remain a minister as long as he has Key’s confidence. The test: Banks’ll continue to have Key’s confidence as long as Key trusts him and Key has to believe whatever Banks tells him.

With proposed ETS changes National is abdicating our responsibility on the world stage, and sending the bill to the taxpayers. The Parliamentary Commissioner for the Environment calls it ‘a farce’. It’s cowardly, it’s weak, and it’s shafting the working Kiwi.

Here we go again at PoAL

Things are going to get tough at the Ports of Auckland again.

Which means two things – the workers will win again, and they and the people of Auckland will pay the price.

In the meantime the has-been corporate warriors who are trashing the port will walk away with their bonuses.

My regular Sunday piece of interesting, longer, deeper stories I found during the week. It’s also a chance for you to share what you found this week too. This week: torture, charter schools, economics and development.

It must be the Herald’s new tabloid format. Or perhaps Steven Joyce talking about the death of print news. On Friday John Drinnan highlighted APN-internal media spats speaking of “Frenemies”; today John Armstrong launches forth at so-called bloggers Gordan Campbell and Bryce Edwards. Citizen journalism and the web are undoubtedly offering a challenge to the old hands. Some are coping better than others.

Welcome to Poverty Watch, a weekly update on National’s lack of response to the urgent and growing issue of poverty in NZ.  This week: Shearer’s education speech stirs up the debate, the Greens start Champions for Children, and the Nats are in denial…

The government recently released a figure of $78 billion as the ‘lifetime cost’ of the benefit system. That number is the estimated answer to the question: ‘how much would we have to have put aside now to pay for the expected future cost of benefit payments to all current beneficiaries’. But the really question is: why would you want to know that? 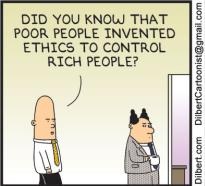 Media: call it as it is

It’s a regular gripe of mine about our media that they don’t establish facts. I don’t find the “he said, she said” reporting style in the slightest bit helpful, and indeed encourages us, the public, to see all news as gossip and reduces our respect for our system.
So when John Key says that “John Banks hasn’t broken the law,” he’s lying: tell us that.

John Key is wrong, John Banks has broken the law. He just did not get prosecuted. The return of donations he signed and submitted in 2010 is false, as the Police have stated. He should now correct it, or he is still in breach of the law.

John Banks is trying to blame the Police for the fact that the transcript of his 3-hour interview with detectives over his campaign donations was held back from the OIA release of the Police file. Another lie. It was Banks’ choice for the transcript to be withheld. So much for “nothing to fear, nothing to hide”. And, now, his press sec’s dropped him further in it.

Yesterday’s national hui on water rights has resulted in the best possible outcome for Maori, a decision to present a unified front in the face of National’s divide and rule tactics.

Brownlee and Parata announced school closures and explained the rationale. Now they’ve backed down and they’re trying to blame a Ministry mistake. This was the quickest U-turn in the history of politics.  Update:  And this morning it seems that closures and mergers are back on again – does anyone know what is going on?

ImperatorFish: He Who Consults Wins 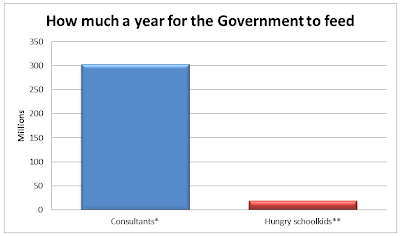 So the current people on benefits will cost $78 billion over the course of their lifetime. To get this useless $78 billion factoid, National have given an Australian company $1 million of our money – next year, they’ll do it again, to see if the number has changed any. What use is this number? It’s not good for budgeting and doesn’t seem to actually tell us anything useful – so why is the government wasting money while telling us times are tight?

Some excellent myth-busting via Facebook. What isn’t a myth is that there are 80,000 more people on benefits under National. As with their economic management (which is integrally related) their management of the welfare system has been a complete disaster. They’ve given people no option but the benefit. They’re punishing people for falling into the safety net.

Puddleglum at The Political Scientist has written an encyclopedic  and scathing critique of the Nats’ dictatorship in Canterbury.

Over 2,200 children, according to the Government’s estimates, will end up living in households with their already meager benefit incomes cut in half under National’s plan to punish families who can’t afford to or don’t want to send their children to supposedly voluntarily early childhood education. I’ll give Bill English credit – he at least looked sick as he defended a policy of starving kids.

The Police Report into the Banks.com affair, which Labour has distributed to the media, is a gold mine. Banks is shown to be a liar and completely unethical. He insisted that Dotcom’s donation be anonymised. He used the donations, which he had told media he didn’t remember, as an excuse not to help Dotcom while a minister. Banks is lying low now. Key has to sack him.

My OIA request for the Police  file of their investigation into Banks’ anonymous donations arrived today. John Key had said the law would be changed if “they could find the time.” Today David Carter found the time to say the law will be tightened before the 2013 elections.It will be very important that all the lessons from this sorry affair can be properly considered  at select committee.