Let’s get rid of these clowns 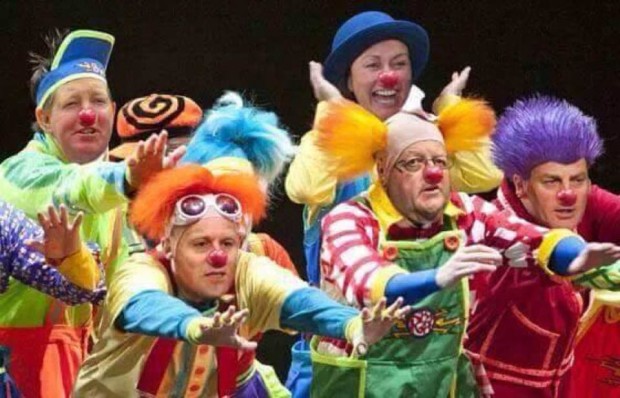 John Key has gone onto what conservatives and neoliberals believe are bigger and better things. Leading your country and trying to make New Zealand a better place does not compare to having a more complete CV or the chance to take up lucrative directorships.

But the rest of them and the National Government are still in power and if you need to be persuaded why Aotearoa needs to get rid of them then the past week will provide plenty of examples why.

I detest their right wing view of the world, their belief that they and their ilk are somehow better than the rest of us, their conviction that greed and ignorance are somehow the best drivers for human beings to make complicated decisions about important stuff.

I really do hate this. It gets me out of bed in the morning and drives me to be politically active.

But not only do they follow a destructive philosophy they are also totally incompetent. As well as being selfish and venal and intellectually dishonest they are really bad at leading.

Exhibit one, in the midst of a housing crisis they have sat on their hands and done nothing.

Remember back in 2007 when John Key talked about the housing crisis, when he said “[w]e are facing a severe home affordability and ownership crisis. The crisis has reached dangerous levels in recent years and looks set to get worse”. Well hold my freaking beer because I am certain that many New Zealanders dream of getting back the housing market that we had in 2007.

What do we have now? Every day I walk Auckland’s streets and see fellow human beings who are living it rough because there is nowhere for them to live. People with jobs living in cars with their kids because they cannot afford better. Teachers and Nurses and Police Officers who will never own their own home in Auckland unless some miracle happens.

The problem appeared on steroids in 2011 and has kicked on ever since. Now it is an absolute disaster. I never thought that I would see this land be so foreign to so many of us.

And what does this Government do?

Mostly very little. Sell off Housing Corporation homes as if that will work.  Plan to build houses on graveyards and power substations and poll and focus group and then work out the minimum that is needed to appear to be concerned but to let the ponzi scheme that is our real estate market continue.

And they just don’t get it. They have no idea of the damage or the misery that is being caused.

Paula Bennett has admitted "in hindsight" the Government's response to the housing crisis has been too slow https://t.co/YFoAuMNxmi

Remember this is the party that claimed there was a crisis in 2007. They never intended doing anything about it. They were just looking for a club to bash Labour with.

And how about drugs?

There have been seven deaths in Auckland due to synthetic cannabis which is a bit of a misnomer.  The base is a sort of representative of cannabis but added to it has been a variety of drugs that do such things as turn kids into zombies, make them froth at the mouth, cause them to have life threatening effects.  And seven of them have died.

You would think that a conservative Government would get all law and order on it and pass urgent laws.  A radical government would decriminalise cannabis.  If you have reached the age of 55 years in New Zealand and have not tried it, if not on many occasions, then you have led a very sheltered life.

But what does this Government do?  Urges personal responsibility.  This does not work with sexual promiscuity.  It has never worked with drugs.  But when we strike a situation which demands government action it claims it can do nothing.

Here is Bill English’s response.  Marvel at how far he has abdicated the responsibility of actually being in control of the Police, of our laws, of Customs , of Health which generally Governments realise they lead.

'We are not the police force' – Bill English urges personal responsibility after spate of synthetic cannabis deaths https://t.co/99dgxOReJm pic.twitter.com/trSzxNjqER

Time for a change. This level of incompetence is ruining our country.

46 comments on “Let’s get rid of these clowns ”