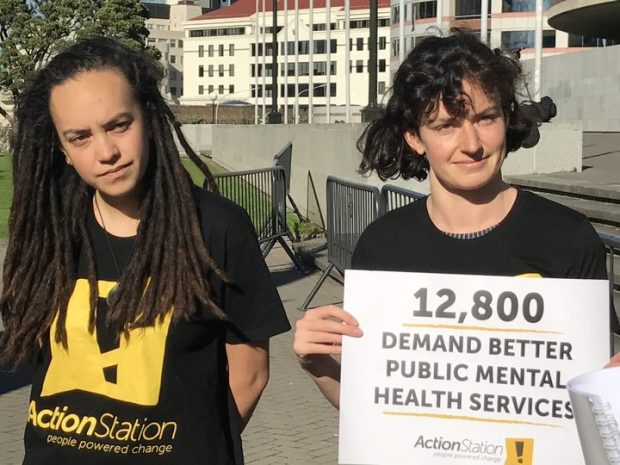 It seems that deep in its third terms National has run out of fresh ideas and its only response to people raising issues of concern is to abuse.

Dirty rivers?  Extremist nonsense put up by a group of degenerates who want to stop farmers earning what they deserve, that is more.

Child poverty?  All their fault.  Those two year olds should have worked harder and planned for their future.

And those with mental health issues?  Clearly the Government thinks they just need to toughen up and stop caring about each other and worrying how bad things are getting.  Depression is a sign of weakness, not a human condition many of us go through often brought on by the failure of society to provide adequately for us all.

And if you raise these issues and express concern then you are nothing more than a bunch of anti government rent a crowd protesters.

This is exactly how Jonathan Coleman, current Minister of Health, described a group including such luminaries as Max Abbott.

An open letter calling for Government action on mental health has been presented to Parliament.

A small number of representatives from lobby group Action Station – the group behind the “People’s Mental Health Report” released last month – gathered for the occasion.

12,800 people have signed the open letter, which has been presented to Associate Health Minister Peter Dunne.

However, Minister of Health Jonathan Coleman has accused Action Station of being politically aligned and motivated. He described them as “anti-Government protesters”.

“When you look at the people behind it, they’re very left-wing, anti-Government protesters,” Dr Coleman said.

The letter was signed by a number of well-known New Zealanders, including Taika Waititi, Louis Nicholas and Rhys Darby, and calls on the Government to implement the four recommendations in the “People’s Mental Health Report”.

Fairfax Media chose to join in the ridiculing of what is an important issue by stating that a small number of representatives presented the petition.  Don’t they understand how it works now?  Mass online movements rely on representatives to do the presentation part.  And 12,800 responders is not a small deal.

The report itself was crowdfunded and crowdsourced story-based inquiry into the public mental health system in Aotearoa New Zealand.  It is bizarre that such an important investigation had to be crowd funded.

The background to the report is described in this way by the website:

Although everyone would hope to live in good mental health, the reality for one in six New Zealand adults is very different – and for them and their families, the expectation that they should be able to get help when they need it is vital.

Unfortunately, there are signs that the public mental health system designed to offer this help is in crisis.

Those most in need are experiencing long waiting times for support; the lack of resources is leading to an increased reliance on the use of isolation as a form of care; and the country is experiencing alarmingly high levels of suicide.

The Ministry of Health has rejected repeated calls for a Government review of the public mental health system, so we decided to run our own.

I am convinced that politics in New Zealand is finally reaching a turning point.  More and more people are realising that this Government is morally bankrupt, tired and bereft of ideas.

And there is a turning point when enough Kiwis get to realise that National’s rule is that selfish, uncompromising and brutal  there needs to be a change in government.  I believe we are at that stage now.