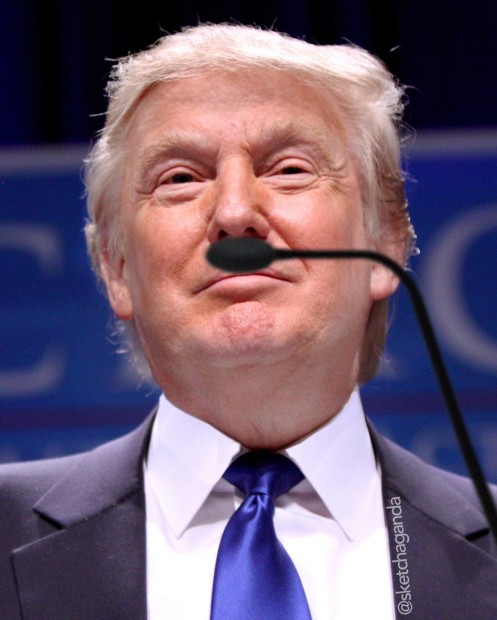 He’s revived identity politics. It really means something. To be humiliated. Divided. Shamed. Affiliation, political identity, orientation: it’s real and it can retreat and we have to fight to hold on.

He’s pulled apart the lazy compact of media commentary and liberalism. “All that pc crap”. Isolated and vilified reporters and stations. Newspaper, magazine, and TV endorsements: pfft. Mean-boy blogs have stuck a sword through msm stations and twisted it. He remained uncowed to the end.

He’s reminded us of the power of the liberating negative. Rapey Mexicans: booooooo! Nasty bleeding women: booooooo, and boohoo! Jail her! Haaaaaate things! And suppressed hate groups have flourished, into the open like they should on a democracy, for real contest.

He’s let the political Id fly. Ten foot walls. Double-sized guns and military. Halve taxes. Tear up the deals. Brag. Swagger. Look like you enjoy it, and enjoy it. And love all the hate: let it run as a power.

He’s merged politics and entertainment. Let it be fun. Be the Masked Wrestler. Pull the chicks. Have a gold toilet. Orchestrate stadium laughter. Fart and laugh.

Deny the presumed moral righteousness of the left altogether.

He communicates. Preaching out. Policy language and nuance out. Commas, hyphens and facts: yawneee yawn-yawn with bite me on the top. Simple, funny, one-clause, tough, wild. This is politics renewed.

I’ve no idea if ‘lessons will be learned’, or ‘the system will always win’. But it’s figures like Donald Trump who alter history.

‘All shall love me, and despair.’

72 comments on “Donald Trump is good ”