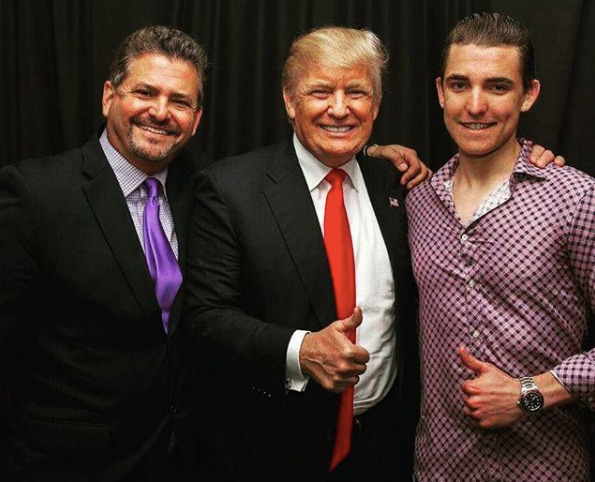 It might be my hyper sensitivity but it seems to me that online attempts to smear people who challenge the right is increasing, both here and in the United States.

The latest example involves the sterling efforts of Jacob Wohl.  Dumbing it right down, which seems appropriate, he did the following:

Thankfully his attempt was that inept the Internet rumbled him early on.  Twitter had a field day and created the hashtag #morongate.  To get a full sense of the absurdity of what happened I recommend that you have a read of associated tweets.

And we all had a good laugh.

The problem is though that this sort of stuff happens all the time.

But the operatives tend to be not so stupid.

Tina Nguyen at Vanity Fair has this perceptive description of what happened and what normally happens.

The Wohl affair, apart from being a diverting spectacle, illuminates several truisms about the far-right media landscape, the opportunists that populate it, and the ways in which MAGA fever dreams take on a life of their own. “The more I read about this Mueller Rape Case business, the more convinced I am that this is a Democrat dirty trick to pull a ‘reverse Kavanaugh,’ trying to impugn Republicans for ‘paying women to make up false rape claims against Mueller,’” theorized pro-Trump radio host Bill Mitchell on Tuesday night. “Just more BS from team DNC.” Forums trafficking in QAnon conspiracy theories were similarly convinced that Wohl was a Deep State mole. Wohl himself doubled down, denied having anything to do with Surefire, and defiantly tweeted a photo of himself smoking a tiny cigar. By Wednesday, he was claiming to be the victim of some sort of mainstream-media cabal, and suggested that Mueller’s office was planting false flags to discredit his work. (He also re-tweeted a Burkman statement calling the “Lorraine” story “a hoax designed to distract the nation from my press conference on Thursday, which is where all eyes need to be.”)

And so we get all these stories spreading below the MSM surface but they tend to not be as spectacularly bad as this particular incident.  And there are local versions.  Like the allegation that Clarke Gayford was being investigated for  offences which circulated earlier this year.

The allegations caused the police to release this statement:

While in general we do not respond to enquiries which seek to confirm if individuals are under police investigation, on this occasion we can say that Mr Gayford is not and has not been the subject of any police inquiry, nor has he been charged in relation to any matter.”

And the nature of the attacks was described in this passage:

Media commentator and Public Address blogger Russell Brown said the comments appeared to be driven by a “troll pack” of users who were pushing the false rumour on the social media platform.

Dirty Politics author Nicky Hager said when contacted that there were people who used social media to leverage gossip and rumour to gain political advantage.

“They are trying to gain partisan advantage through damaging the Prime Minister by a campaign of innuendo.”

Hager said the aim was to steer the public’s political focus away from policy to personal issues which didn’t even need to be true.

“They are trying to find personal or moral things — true or untrue — to smear and marginalise the political figures. It’s never playing with a straight bat, never considering issues.

The only think that is predictable is that the attacks will occur again.

It is a shame really.

Politics should be a debate about the future, about policies, about how we want things to be.

It should not be a battle of who can tell the most outrageous lie.  And get away with it.