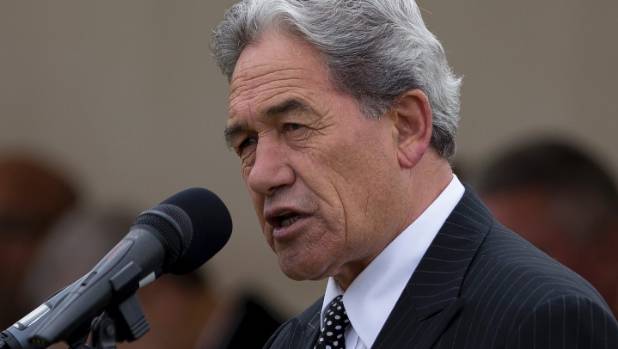 There was some disturbing news from Newshub last night.

And it rolls back to right wing extremist groups, the anti UN migrant pact protests and the Christchurch Mosque murders.

From Patrick Gower at Newshub:

Newshub can reveal police are investigating death threats made to Winston Peters by a notorious white supremacist.

Peters says National leader Simon Bridges has aligned himself with the anti-immigrant cause and is calling for him to resign.

Many will know Philip Arps – the white power extremist known for delivering a pig’s head to Al Noor Mosque in 2016 and publicly calling for the killing of Muslims.

He was the first New Zealander jailed for sharing the video of the shootings there on March 15. Now Newshub has obtained video of him threatening to kill the Deputy Prime Minister.

In Christchurch – seven weeks before the shootings – far-right groups attended a protest against a United Nations pact on immigration our Government signed up to.

The protesters believe the pact is ‘binding’ – meaning our immigration policy would be set by the UN and opening us up to immigrants – and blamed Peters.

“F**king publicly hang him,” Arps can be seen saying, along with throat-slitting gestures.

Peters is blaming it on a fake news campaign by neo-Nazis in Europe.

“A bunch of neo-Nazis in Austria were behind this – and they are,” he told Newshub.

In particular, he’s blaming it on Martin Sellner, the leader of the “hipster far-right” in Europe called “the new face of the far-right in Europe”.

The background to the pact has received some attention.  It is a non binding pact that is attempting to improve the plight of migrants.  And the movement against it has come from the European far right.

National’s complicity in the hoax is well documented.  They chose to scaremonger about the content of the pact and even set up a website to harvest email addresses of those opposed to the Pact.  It was pulled down at the time of the Christchurch killings by someone the party characterised as an emotional junior staffer.  You get the strong impression that if it was not for him the web page would still be up now.

Peters is calling on Simon Bridges to stand down.  Again from Newshub:

It wasn’t just extremists like Arps who came out against the pact. The National Party did too.

“National, if in Government, will overturn this,” leader Simon Bridges said in one video. “We believe it will cede our sovereignty to the UN on migration and that just isn’t right.”

Just like Sellner, the National Party set up an online petition. But immediately after the mosque shooting, when one of the alleged gunman’s weapons had anti-UN pact messaging – it was pulled down.

Peters says there are too many connections to the far right – deliberate or not – for Bridges to continue as leader of the Opposition, and he’s calling on him to resign.

“I don’t just think that any normal person would, in a political setting, say this is untenable. He’s gotta go.”

Bridges is doubling down.

Bridges says he won’t be resigning and says he doesn’t condone any threats to politicians.

He says National would still pull out of the United Nations Global Migration Compact, which the US and Australia haven’t signed.

“Winston Peters is wrong. New Zealand should decide our immigration settings, not the UN,” he says.

117 comments on “The right wing death threat against Winston ”