Happiness surrounds us in our lives; our music tells us to be happy, our facebook profiles suggest we’re always happy, and most of us have a willingness to work for material happiness. Yet happiness is a subject often missing from political discourse in our country, suppressed by talk of dairy and the dollar which dominates the halls of Parliament.

One of the big stories last night was the anti-VSM protest at Auckland Uni.  Was it the last one we will see in NZ?  That would suit the Nats very nicely – sheep will be so much easier to fleece…

On Sunday, Don Brash decided to muse on decriminalising cannabis. It’s not ACT policy, we’re meant to understand, it’s just the Party Leader making a speech and saying ‘this would be a good idea’. In classic Brash style, he hadn’t told John Banks, who gave Brash a public smacking on the idea. Now the question is: why would the people of Epsom vote for these two? 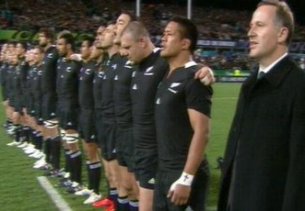 Guyon Espiner interviewed Imran Khan, whose party is poised for victory in the Pakistani elections next year. He had stark words on how the Pakistani allegiance with the US during the war in Afghanistan has fueled radicalism and resistance. His message to New Zealand is: your soldiers are only making things worse. Will John Key listen?

John Hartevelt – “Key is massively over-exposed on any number of fronts, but nowhere more so than at Pike River.” Key routinely promises big: close the wage gap, roaring out of recession, national cycleway, no equity loss for redzoners, Pike River bodies out, no GST hike, whaling solved, brighter future. He NEVER delivers. How does […]

Banks’ Epsom chances up in smoke?

Decriminalising marijuana just makes sense. 400,000 people are regular users. Prohibition costs half a billion a year, is ineffective, and fuels the gangs. So good on Brash for raising the issue. It’s totally consistent with ACT’s values. Problem is, John Banks and Don Nicolson don’t share those values. Gonna be fun to watch Banks on this issue in Epsom.

John Key is ridiculously negative on seemingly any proposal raised by a perceived political opponent.  Which is a pity, because there are issues facing the country that need a bipartisan consensus.

Be careful what you wish for

On Friday the government announced a law change that opens the door to a whole world of cheap contract labour now available to anyone producing short projects like advertisements, tv episodes or parts of movies in New Zealand.

Many of the industry locals who will be most hurt by this are the same ones who were banging the drum against actors and for international producers during the Hobbit dispute. Ironic, huh?

Out of the blue, John Boscawen has announced he is withdrawing from ACT’s list. It’s an odd departure from an odd man. ‘Family reasons’ is the line. Not exactly creative. Is the real reason National’s ‘fixit’ Bill? Boscawen is a true believer in ACT’s libertarian principles and doesn’t do compromise. Was being asked to sign a retrospective blank cheque the final straw?

Give thanks to the dog-waggers

One of the criticisms levelled at MMP is that it means the tail wags the dog. But if it wasn’t for the Alliance, the Greens and New Zealand first, we wouldn’t have Kiwibank, home insulation, or the Gold Card. We wouldn’t have a competitive New Zealand-owned bank, healthy homes for families who need it, and opportunities for social interaction for seniors. I say thanks to those parties and to MMP.

No Right Turn points out the salient feature of National’s hysterical response to the Supreme Court’s decision on video surveillance. Reading the blank cheque that they are proposing indicates that the government has no understanding of what “the rule of law” means. It certainly does not include half-arsed measures like this.

John Key explains how the economy is all just a business confidence trick. Apparently businesspeople just need to believe a bit more. 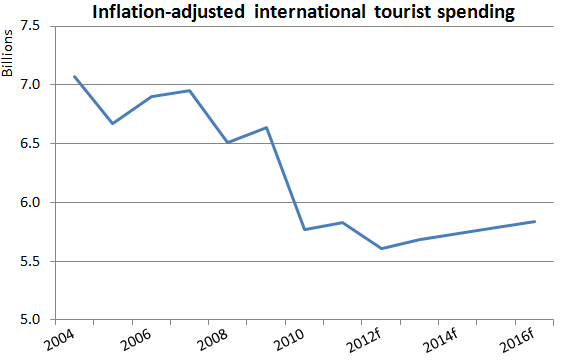 Moving Planet is a worldwide rally to demand solutions to the climate crisis. It is being held on 24th September 2011 – a day to move beyond fossil fuels.  Check out an event near you…

Three time election loser Don Brash has announced he will stand in North Shore. Having lost the safe National seat of East Coast Bays twice to Social Credit(!) and the unloseable election as leader in 2005, his odds of defeating even Maggie Barry, a novice best known for her gardening, are poor. But will he split the rightwing vote and let Ben Clark slip though?

English on the economic turmoil

As most of the headlines this morning focus on the crumbling world economy, it was interesting to hear Bill English on RNZ.  Among various inane comments there was one interesting gem, when English called for higher taxes…

The year of the Greens?

Several commentators have suggested recently that the Greens have crossed some kind of “credibility threshold” and are poised for a strong performance in November.  Is this the year of the Greens?

Inflating more than a blowfish

It is all rather hilarious to watch exactly how stupid people can expend so much effort to not read actual science. But it appears that your average climate change denier (CCD) is far more concerned with inflated gossip than actually understanding anything. There is a great video looking at an instance of this trait.

Labour looks almost certain to oppose the Nats’ ‘fixit’ bill. The draft goes far further than previously thought. It doesn’t just try to suspend the effect of a specific Supreme Court decision in a violation of the separation of powers, it gives Police the power to spy on you without a warrant. Chris Finlayson should resign for even proposing such a heinous law.

It’s a bit of a worry that the PM seems to be clueless about the complexity and interdependence of the world economy. Bill English needs to take him aside and paint him a picture.

Prof Robert Wade on economy to 2015

Professor Robert Wade of the London School of Economics and author of the acclaimed Governing the Market will speak on this topic in association with Victoria University School of Government at Lecture Theatre 2, Rutherford House, Wellington at 6pm on Thursday 22nd September. Read more for abstract. Register at www.fabians.org.nz.