Categories under Minister for Overseas Holidays

Winston Peters has stitched John Key up again, this time hook, line and sinker. When Key lied in Parliament about the Northland MP’s supposedly leisurely lifestyle, Peters offered a challenge: provide some evidence or donate $100k to charity.  Will cowardly Key take the bait?

John Key and Jonathan Coleman are attending the World Cup on the taxpayer’s tab.

Blue on the polls

Landline polls are a traditional gripe for lefties. But this election polls look seriously out of whack with reality.  Is National at 55%, 50%, 48% or 46%? But it’s always far too large for a party at National’s current stage in the political cycle. Just unbelievable and highly unlikely.

Celebrity golf!  Which one will get voted off the island first!?  Meanwhile the world burns, the poor struggle, and the wealth gap continues to be a blight on our country.

Climb the mountain of conflict

North Korea is playing nuclear brinksmanship at the moment. Its leadership probably doesn’t want war but the constant threat of war is how it get concessions from the West, gains mana, and keeps its people in line. The West is trying to defuse this situation by talking down the prospects of war, while showing its readiness. Into this delicate, high stakes game stumbled John Key.

John Key’s decision to not attend Hugo Chavez’s funeral is a snub of a major trade partner at a crucial time. Remember, this junket’s justification is that, for some reason, Key’s presence in these countries will improve trade. But, in snubbing Venezuela, he is insulting our largest export destination in South America. Venezuela matters more than all the countries Key is visiting combined.

Johnny’s million dollar treat for his wife at your expense has turned into a bit of a farce. The delayed flight, the weird fainting (not jet lag, not overwork), and now they won’t get to the pole because of snow. The justification for the Keys’ South Pole trip was to learn about its science projects. Next time, may I suggest this?

After four weeks holiday in Hawaii, John Key will briefly land in New Zealand this week before popping off on a junket to Antarctica. Now, you won’t hear a lot about this in the media – because half the press gallery is going with him and they’re just excited to go to Antarctica – but there’s all kinds of buzz coming out of the public service about how and why Key set up this trip.

Getting away this summer? Or having a ‘staycation’ and selling your leave to make ends meet? Are you “jealous” that Key’s off to Maui for 3 weeks, again? Or are you just a bit pissed off to learn that our Minister of Tourism has so far spent over 100 days overseas on holiday since becoming PM, while the average Kiwi’s had just 27 days abroad and tourism here is in crisis?

While John Key spends the summer in Hawaii, he will need to make some decisions about the future of his cabinet.  Parata’s future is poised in the balance, and he is looking to move Tim Groser on later next year.

John Key’s selling out of NZ workers’ rights, tourism industry and identity to Hollywood, the TPP and US corporates, has reached a new low.  OIA papers reveal the extent to which Warners is dictating the NZ government’s promotion of 100% Middle-earth.

Does Key give a damn any more?

My old man, a casual observer of politics, said the other day: “John boy doesn’t look like he wants to be there anymore”. I reckon he’s right. Except when he’s doing photo-ops, Key looks ever more grumpy and aloof. No wonder he’s spending so much time overseas. No wonder he’s making such bad decisions like betraying his promise to the Pike River families.

Frankly Speaking has a nice compilation of some of John Key’s “brain fades” in the last couple of years. Funnily enough, it tends to be that the things he forgets are his direct linkages to government embarrassments – Dotcom, SkyCity, the new BMWs, the Mediaworks bailout, the credit downgrade. To Frank’s list, you can add the Tranzrail shares and probably many more. 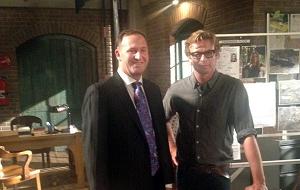 Last week, Key tried to tell us that the illegal spying on Kim Dotcom – which he, the minister, we’re supposed to believe wasn’t told about for 8 months – was down to one agent’s ‘brain fade’. Uh huh. So, why has he now appointed a senior public servant to review and reform GCSB? You don’t do that when the problem was one person’s human error.

[Update: Lol at Key. Police are launching a high powered inquiry after he said there was no need for one]

In the House yesterday, Metiria Turei threw National’s ‘Planet Labour/Planet Green’ line back at Key, asking if ordinary people get to break the law too or if that privilege is reserved for ministers on Planet Key. Like all little bullies, Key couldn’t take it back. He lashed out and, like Romney’s fatal gaffe the same day, it exposed something of Key’s real world view.

Towards a metric for Prime Ministerial decision-making

So, a pre-planned trip to watch a son’s baseball and a week’s holiday in the States is more important than attending 2 soldiers’ funerals. But attending 3 soldiers’ funerals outranks attending the Pacific Island Forum attended by the region’s leaders. A question for the reader: how many Little League games beats a pull aside with Julia Gillard on boat people?

So, Key’s over in Maine watching his kid play baseball (and, shush, taking the rest of the week off for another overseas holiday). Whatever. The thing that gets me is that he can’t help but lie to tell people what they want to hear. He’s told Maine media that the little leaguers getting to the world tournament is big news here. No, it’s not. It’s just news that our PM has gone to watch.

John Key likes to trade on his experience as a, well, trader. You know, he’s the deal maker. The one to steer us through tough economic times, to get our exports growing. He understands the markets and that knowledge will benefit New Zealand. But, how well has he really done? Let’s start this series close to home for Key: the exchange rate.

Key is on a trade mission to Indonesia, starting with a round of golf followed by a BBQ. While researching this, I learned something: You know how Key and Boag were both at the same golf tournament when the Nat Civil War blew open? Turns out you and I paid the $500K prize for that tournament. On an unrelated note, we definitely can’t afford to extend paid parental leave.

January 2009. Jobs are being lost at 4,000 per week. Key and his government have just come back from a month long holiday. First thing he does: makes an audition tape for Letterman. Notice how all the jokes are taking the mickey out of our country. Makes you real proud.

You paid to get Try-hard John on the telly

Remember John Key’s awful Letterman appearance?  Supposedly worth a fortune in tourism. We know that was complete crap. It was a stunt meant to impress us saps. Now we learn that we paid for it. PM’s office pleaded for months to get on Letterman. Try-hard even sent a demo tape. When that didn’t work, they paid a US PR agency $10K to seal the deal.

Why Key’s opportunism was sickening

The Right is whining that Key said “If [the Norway massacre] is an act of global terrorism, I think what it shows is no country large or small is immune from that risk and that’s why New Zealand’s played its part in Afghanistan” . ‘IF! Don’t you see, IF!’ Try to get the point, righties. Key opportunistically framed a tragedy for his political purposes.

Gotta love the piece in the Herald today about Key[s]’s meeting with Obama. No mention of what was discussed or achieved (nothing). Just ‘oh they got along. And Key would have made Obama laugh. If Obama wasn’t busy with important stuff’. Best part in this non-bylined article is the list of what makes them such good buddies.

Classic Key on his very important series of very important meetings that were very important and achieved all kinds of important things: “I’ve got to be the luckiest Prime Minister of New Zealand in the last 25 years. I’ve come to Washington and every single person who we’ve met with from the Administration has wanted to see us” Yay! Meetings!

The bombing and shootings in Norway overshadowed Key’s meeting with Obama. But he was quick to exploit Norway’s tragedy for political gain saying: “I think what it shows is no country large or small is immune from risk [of ‘global’ terrorism] and that’s why New Zealand plays its part in Afghanistan.” Truth is, the attacker was a rightwing Norwegian.

Worth every cent you’re paying

3 days of dinners and walking around looking for a photo-op in LA done, Key’s in DC. But his meetings are being cancelled by people with better stuff to do. Not to worry. The big date is still on: providing “light relief“, in his own words, for Obama. Wonder if he’ll tell him in the one about the national cycleway. Or pull out the ‘brighter future’ gag.